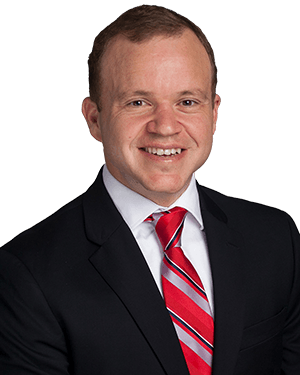 Attorney Elliott Wersing graduated from Western Carolina University in 2007 with a Bachelor of Science degree, and from John Marshall Law School in 2012 with a Juris Doctor degree. While in law school, Elliott served as a judicial law clerk to The Honorable Sarah Zabel of the 11th Judicial Circuit of Florida and served as Editor of the John Marshall Law Review. He was also a member of the Phi Alpha Delta Legal Fraternity, and the Student Bar Association.

Elliott has practiced law in Georgia since 2012. Prior to joining Gary Martin Hays & Associates, he worked in a major insurance defense firm where he represented insurance companies against injured workers. However, Elliott now devotes his entire practice to representing injured workers, where he takes his experience and first-hand knowledge of how insurance companies work and uses it against them, ensuring that his clients obtain all of the compensation and benefits that they deserve and are entitled to.

Outside of the office, Elliott enjoys spending time with family and friends, traveling, reading, and pursuing his passion, which is outdoor adventure. He is an accomplished long-distance cyclist and hiker, and has bicycled across the United States, as well as completed thru-hikes of the Appalachian Trail, Pacific Crest Trail, John Muir Trail, Wonderland Trail, and Colorado Trail.