Home » Blog » Do You Have a Wrongful Death Claim? Case Examples

Do You Have a Wrongful Death Claim? Case Examples 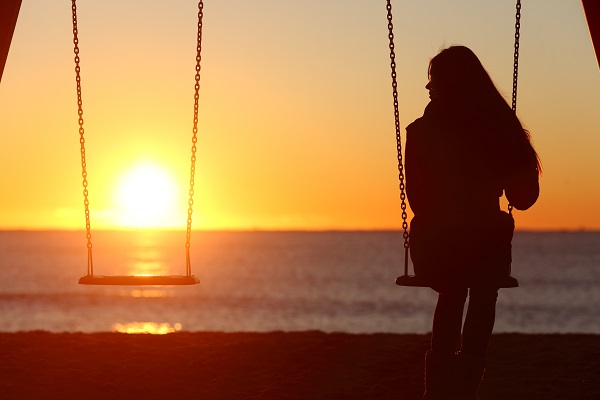 A wrongful death claim can be filed after a person is directly or indirectly killed due to an individual or business’s negligence, reckless conduct, intentional deeds, or criminal acts.

There are many scenarios in which surviving family members can bring forth a wrongful death suit. For legal help, it is best to contact an experienced wrongful death lawyer to ensure the case is thoroughly investigated.

A person killed in an auto accident caused by someone else is one of the most common reasons for a family to file a wrongful death claim. A deadly crash may involve multiple cars, a tractor-trailer or other large truck, or a motorcycle.

Deadly wrecks are often preceded by negligent or reckless behavior, such as:

One of the cases our law firm handled involved a pregnant young woman. She and her parents were injured in a car accident. Due to her injuries, the woman needed to have an emergency C-section. However, the baby did not survive. The young woman filed a wrongful death claim for the loss of the child.

Pedestrian deaths have increased in Georgia over the past decade. Most of these deaths are due to distracted drivers, larger vehicles, high speeds, and alcohol consumption.

Whether on foot, riding a bike, or using a scooter, pedestrians are in greater danger than ever before.

An elderly man went out for his usual walk. The sky and road were clear. But as he walked through the crosswalk he was struck and killed by a driver who was going too fast and wasn’t paying attention. Since his spouse had already passed, the victim’s children filed a wrongful death claim against the driver.

Defective products — particularly when it comes to heavy equipment like forklifts, cranes, and excavators — can sometimes have lethal consequences. An accident involving heavy machinery may have lacked proper safety instructions, wasn’t tested under certain conditions, or wasn’t assembled correctly.

Defective car parts can also cause accidents. Tire failure can cause blowouts and rollover crashes. Poor seat belt design can cause the strap to become unbuckled during a wreck. Airbags can fail to deploy or deploy when they should not have.

While a man was working at a plant, a pressing machine malfunctioned and crushed him. The surviving wife’s wrongful death claim was presented against the machine’s manufacturer for not having a safety cut-off switch.

A person may have cause to file a wrongful death suit if a drowning involved reckless behavior by a fellow swimmer, unmarked hazards, lack of supervision, untrained lifeguards, or an unsecured swimming area.

We represented a mother whose son fell into an apartment swimming pool and later died from his injuries. The pool lacked proper gate locks, as well as an appropriate pool cover since it was closed for the season.

Apartment complexes, gas stations, and other commercial establishments have a duty to offer reasonable security measures and to protect lawful visitors from attacks by a third party. Over the years, we have represented numerous families who have lost their loved ones due to shootings, stabbings, beatings, and other violence on business properties. These wrongful deaths expose how a lack of adequate security unnecessarily exposed people to danger.

A married man with two children was shot and killed in the parking lot of his apartment complex during a robbery. His surviving spouse pursued a wrongful death action as an individual and as a representative of her minor children against the apartment. Despite being marketed as a safe place to live, our investigation revealed that the management company had ignored a serious security problem on their premises even though multiple armed robberies had been reported in the area.

A crush injury can occur when part of the body is caught between two objects or is hit by falling debris. Deaths due to horrific crush injuries can be caused by a variety of worksite hazards, including:

We represented the surviving parents of a woman who was crushed when some equipment at a worksite fell on top of her. The accident was determined to have been caused due to a faulty, top-heavy design. The equipment had also been positioned on a sloped floor by the premises owner, which facilitated its tipping.

Elder abuse is far more widespread than most people realize. Signs or symptoms may go unnoticed, or staff may try to bury reports and hide any wrongdoing.

Abuse or neglect at the hands of staff or other residents often means that some nursing home patients die, often alone and in pain. Such terrible tragedies should never be allowed to happen in the first place.

We represented a surviving spouse who lost her husband because of negligent supervision in the nursing home. He was an Alzheimer’s patient that was allowed to leave the grounds. His body was discovered several months later in the woods by the facility.

Hiring a wrongful death attorney is often your best shot at getting justice for a tragic loss that didn’t need to happen. A law firm cannot undo the event but a good one can make sure the deceased’s surviving loved ones are taken care of financially.

Our wrongful death law firm in Georgia is here to help families after a tragedy. Our services include investigations, witness interviews, collecting copies of medical bills and medical records, reviewing autopsy reports, etc.

Find out how Gary Martin Hays & Associates can help your family by calling (770) 934-8000 or contacting us online.

Founding Attorney Gary Martin Hays wrote a comprehensive overview of wrongful death law in his best-selling book The Authority on Wrongful Death Claims in Georgia. We’ve posted an excerpt about understanding the value of a loved one’s life that you may find useful.