Home » Blog » How to Spot Elder Abuse or Neglect

How to Spot Elder Abuse or Neglect 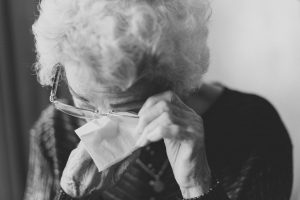 Between 1970 and 2015, the number of Georgians 60 years and older has quadrupled and the Georgia Bureau of Investigation estimates that incidents of elder abuse and neglect are far more widespread than is currently understood.

It is estimated that one in 10 adults age 65 and older and one in four adults 80 years or older will be placed in a nursing home or residential care facility at some point in their lives. This is a difficult decision for anyone to make.

You want your loved one taken care of but you've either heard horror stories or experienced the bleak atmosphere of a nursing home before. It's a difficult decision weighed down by the troubling reality that of the 1,400 businesses in Georgia classified as nursing homes or residential care facilities, 40 percent ranked below average and half of those ranked well below average in quality.

Nursing home abuse and neglect is a serious and underreported issue. If you suspect abuse by a caregiver or facility, call Gary Martin Hays & Associates at 770-934-8000 for a confidential consultation.

Why Abuse and Neglect Happens

When abuse or neglect of an elder occurs inside a nursing home or other elder care facility, there may be several underlying factors. The biggest contributor is if the facility is understaffed. According to US Department of Health and Human Services, 90 percent of adult care and rehabilitation centers are understaffed.

Improper training, lack of supervision, psychological and physical stress, low wages, lack of resources, limited health inspections, and cost-cutting are all too common realities for many elder care workers, all of which may foster a culture which allows abuse or neglect to occur.

In an anonymous survey conducted by the National Council on Elderly Abuse (NCEA) more than half of the staff respondents noted that they had mistreated or otherwise abused an elderly patient in the previous 12-month period.

It's a shocking and saddening statistic that leaves you worrying about your family and friends who currently reside in a nursing home or may soon have to be moved into a facility.

Signs of Abuse and Neglect 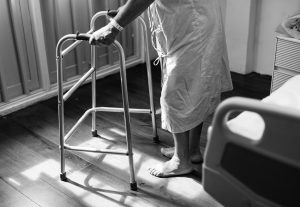 If you suspect abuse but the elder is unwilling or unable to communicate the cause of their suffering, there are many ways to determine if there is abusive or neglectful behavior involved.

The Center for Disease Control divides elder abuse into five categories: Physical Abuse, Sexual Abuse, Emotional or Psychological Abuse, Neglect, and Financial Abuse or Exploitation. The abuse may be intentional or unintentional and perpetrated by a staff member, another resident, a visitor, or even a family member. Regardless, if you see signs or evidence that suggest an elderly person is being abused, you should report it to the proper authorities immediately.

Sexual abuse is also something that may be inflicted upon an older adult. This is of particular concern for women, who make up about 70 percent of the nursing home population. Sexual abuse occurs when there is forced or unwanted sexual interactions (touching, fondling, intercourse, pornography, or any other sexual activity). The elder may be unable to understand, unwilling to consent, threatened, or physically forced.

Emotional and psychological abuse of the elderly may be harder to spot. Symptoms usually include depression, isolation, unexplained fear or anxiety, disorientation, abnormal refusals, or the inability to communicate. The older adult may experience mental pain and distress.

Examples of emotional and psychological abuse include insults, threats of physical harm, harassment, intimidation, isolating the older adult from family or friends, or restricting access to things like phones, money, or transportation.

Neglect is the passive failure or willful deprivation by a caregiver in providing an older adult with basic necessities (food, clothing, shelter, medical care) and a safe environment. Signs of neglect include:

Financial abuse and exploitation is the illegal misuse of an elder's money or resources without authorization by a caregiver or person whom the elder trusts. Examples include deception, coercion, forgery, theft, or improper use of guardianship or power of attorney. The abuser may also restrict or remove an older adult's access to their bank accounts, personal belongings, or other assets.

What to Do If You Suspect Abuse

If there is evidence of abuse, immediately seek help! Use the NCEA's directory for state resources (it includes helplines and links to state government agencies in Georgia) or learn more about elder protection using the resources listed below.

Pursuing a legal action against the nursing home or residential care facility that allowed harm to come to you or your loved one will be time-consuming and incredibly expensive. To protect yourself and your rights, give us a call at 770-934-8000 or email us for a consultation. Our attorneys can evaluate your case and provide expert legal advice to help you receive justice for the pain and suffering caused by adult care abuse or neglect.