Home » Blog » Workers’ Compensation: What If You’re Injured in the Parking Lot or While Driving?

Workers’ Compensation: What If You’re Injured in the Parking Lot or While Driving? 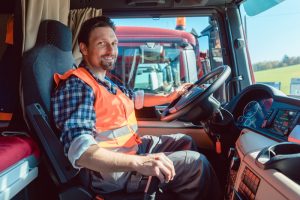 The following is an excerpt from Gary Martin Hays' best-selling book The Authority On Workers' Compensation Claims in Georgia. If you have questions about your rights after a work injury, give us a call at 770-934-8000.

Under Georgia law, the Workers' Compensation Act covers personal injuries, deaths, and occupational diseases that arise "out of and in the course of the employment..." If an employee is injured on the job while they are performing the duties that were assigned to them during their work hours, they are covered under Georgia's workers' compensation laws.

The phrase "arising out of and in the course of employment" has been litigated since workers' compensation was implemented here in Georgia, and there is no clear cut test. Here are some of the major points the court will consider in deciding whether or not an injury is compensable under workers' compensation:

Here are some examples of accidents and injuries where the courts ruled the accident and injury did arise out of and in the course and scope of the employment:

Sockwell was driving his company's truck and taking a load of laundry from Atlanta to Carrollton. The salesman was flagged down by some young adults whose car was broken down.

At their request, he let them use a pair of pliers to work on their car. When that failed, he tried to help push their car with his truck but the bumpers became stuck. Sockwell got out of his truck and was successful in unlocking the bumpers.

While heading back to his truck, he remarked, 'These boys are messing me up.' He opened the door to the truck, put the pliers and flashlight in. The salesman had one foot on the pavement, one foot on the running board of the truck, and his hand on the steering wheel - apparently in the act of re-entering his truck.

All of a sudden, he was struck by a drunk driver traveling at a high rate of speed. Sockwell was knocked to the pavement and later died from his injuries. The Court of Appeals held that his accident did arise out of the course and scope of his employment.

Even if the actions he took to help the fellow travelers on the highway were considered a deviation to his employment, the deviation ended when Sockwell was in the process of getting back into his truck to finish his delivery.

The deceased employee, Bellflower, was a bus driver from Macon who was killed while "off duty" between trips in Jacksonville, Florida.

After his route ended, the employer provided a hotel room at the Floridian that was near the bus station for rest and sleeping. If he stayed at another hotel, the expenses incurred were not necessarily reimbursable.

That night, another employee telephoned Bellflower and asked him if he wanted to get something to eat near the hotel. While returning to the hotel after the meal, the two were accosted by a criminal assailant who shot and killed Bellflower.

The Court of Appeals held that the shooting was not a willful act by the assailant directed against Bellflower for reasons personal to the employee. The court equated the bus driver to the status of a traveling salesman who has to be away from home for the night, writing "[S]uch an employee is in continuous employment, day and night."

Bellflower was required to eat and was returning back to his hotel to get the rest that was required to be able to drive the bus when he was shot. When the assault on him was found not to be for personal reasons, the fact that he was walking back from a meal in a high crime area on account of his employment was enough to show that the death arose out of his employment. Death benefits were awarded to his survivors.

To be compensable, the accident does not necessarily have to occur after the employee is clocked in and ready to work. The law allows a reasonable time for ingress and egress while on the employer's premises.

What If You Get Hurt Driving To or From Work?

Accidents that happen while an employee is driving to and from work are generally not covered under the Workers' Compensation Act of Georgia.

In Mark The Mover v. Lancaster, Roland Lancaster was employed at the moving company as an office worker. The company was owned and operated by his son-in-law, Richard Whitehead. Lancaster's job duties involved "answering the telephone, making moving arrangements, repairing furniture, and occasionally moving furniture."

If the company needed him to make deliveries, he would either use the company truck or drive his own van. They also provided him with a pager so they could reach him as needed. When his car broke down in December 1995, Lancaster started walking to work every day.

When he got tired of walking to and from work, he borrowed Whitehead's personal vehicle on January 18, 1996, until he could get his van repaired. Whitehead did not put any restrictions on how the vehicle could be used.

The next morning, Lancaster stopped for breakfast on his way into work. Several times during breakfast, he was paged by the employer. When he tried to call into the office, the line was always busy so he left the restaurant to head into work.

While on his way to work he was involved in a car accident. Lancaster did admit at the hearing that he would have driven to work after breakfast even if he never received the pages.

Citing Corbin v. Liberty Mut. Ins. Co., the court wrote that "[G]enerally, injuries sustained on the way to and from work are not compensable." The Court did note some exceptions:

In this case, the Court found that neither exception applied to Lancaster. Mark The Mover did furnish the transportation as an incident to his employment and for the mutual benefit of both to facilitate his work. The son-in-law was merely doing his father-in-law a favor by providing his transportation.

Also, even though Lancaster had the pager and may have been "on call", the court noted that status stopped when he didn't have his car and started using his son-in-law's. The Court noted he would have been driving to work anyway - even if he did not receive the page - when the wreck happened.

What If You Are Injured During a Mixed-Purpose Trip?

If an employee is required to travel in their employment, there is usually enough of a connection to work that the claim will be considered to "arise out of and in the course and scope of employment" and make the claim compensable.

Questions about the compensability of the claim arise when there is a deviation from the employment by the employee for purely personal reasons. If an accident happens when the employee is on a personal deviation, then this is generally held to be a non-compensable accident.

However, once the employee is through with the detour or personal deviation and has resumed the duties of the employer, then the claim is typically considered compensable.

Skinner went to Savannah and checked in at a hotel. However, before he reported to the employer, he decided to drive an additional 18 miles to Tybee Island so he could "get a seafood dinner and see the ocean." This was obviously a personal trip and there was no benefit to the employer.

While driving the company car to Tybee, a tire blew out causing the vehicle to overturn seriously injuring the employee. Skinner died three days later. The Supreme Court of Georgia finally heard the case and ruled that the employee's deviation was personal and did not arise out of nor in the course and scope of his employment.

The Court wrote "[T]he salesmen had come to Savannah on a special call for a conference with the vice president of the company. It was not essential nor reasonably necessary to that conference nor in furtherance of the company's business that they should eat a seafood dinner, and see the ocean."

Therefore, the claim for compensation benefits to the surviving family was denied.

On the date of her accident, Lewis left the office to handle her employer's banking needs. Before doing that, she deviated from that route to have lunch in another part of the city. When she realized she was not going to have enough time for lunch, she turned around towards the bank to handle her employer's banking. While heading towards the bank, the collision occurred.

The Administrative Law Judge and the Full Board found the employee's deviation slight, and awarded Lewis benefits. The Superior Court reversed as it concluded the deviation "was significant, that Lewis had no permission to be where she was at the time of the collision, and that even though Lewis had turned back, she was still deviating from her permitted use of the employer's vehicle at the time of the collision."

The Georgia Court of Appeals adopted the findings of the Full Board, as the court felt her deviation was slight and she had resumed her employer's business before the wreck occurred. Therefore, the court found the employee's car wreck arose out of and in the course and scope of their employment.

As you can see, there's a great deal of legal nuance that goes into determining whether or not workers' compensation benefits are granted or denied to an injured worker. Many times, claims are denied by one court only to be overturned by another.

Don't let the insurance company or your boss dictate whether or not you have a case just because you were injured in the parking lot, while out driving, or during a work trip. Call 770-934-8000 and talk to our knowledgeable legal team first.

Workers' Compensation: Can I Sue My Employer?