Home » Blog » Workers’ Compensation: Can I Sue My Employer?

Workers’ Compensation: Can I Sue My Employer? 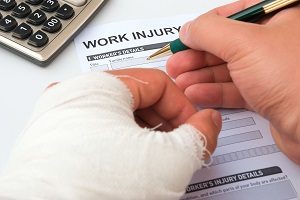 The following is an excerpt from Gary Martin Hays' best-selling book The Authority On Workers' Compensation Claims in Georgia. If you have questions about your rights after a work injury, give us a call at 770-934-8000.

Chapter 7 - Can I Sue My Employer? The Exclusive Remedy Rule

A question that we consistently receive from people who are injured at work is: "Can I sue my employer if I am injured on the job?"

We certainly understand the reasons behind this question, especially if you feel like your accident could have been prevented had your employer provided a safer work environment, or provided you with better tools or equipment.

But here is the simple, general answer: no direct civil action can be filed against your employer.

Here is the reason why:

This rule protects employers from civil actions or claims by employees who were injured on the job while working for the employer. In exchange for this "lawsuit" protection, the employer is legally obligated to provide specific workers' compensation benefits to the injured worker.

Even though the "exclusive remedy doctrine" is the general rule that prohibits these civil lawsuits against the employer, there are certain exceptions. We highly recommend you call us to see if this applies to your specific claim.

The purpose is to protect employers in Georgia from exposure for two separate actions against them - one for workers' compensation, and the other, a civil lawsuit.

If the rule was not in effect, it would be difficult for businesses to remain in Georgia with that potential financial exposure. This could result in less commerce and jobs available in the state.

While the employer is insulated from a lawsuit and can invoke the protections provided to them under the Workers' Compensation Act from additional lawsuits, a negligent third party does not have this shield to prevent claims. The exclusive remedy provision does not eliminate an injured worker's right to sue a negligent third party that was the proximate cause of their injuries.

You work as a delivery driver for your company. While you are on one of your delivery routes, in the course and scope of your employment, you are involved in a car wreck. As you go through an intersection with a green light, another driver blasts through the red traffic light for his direction of travel and he plows into your car causing you significant injuries. He is cited for causing the wreck.

In this example, you can pursue a claim for workers' compensation benefits against your

employer. In addition, you can file a claim against the at-fault driver and his insurance company for your personal injuries, medical bills, lost wages, and pain and suffering.

This claim against the third party is not barred nor prohibited by Georgia's Workers' Compensation Act.

Please note: You cannot sue your employer for injuries and losses sustained in this wreck. As we discussed previously, the sole, exclusive remedy available to you is filing for workers' compensation benefits.

Your employer is a tree service. You are using a large chipper that is designed to take limbs and brush into its opening, and then chips these larger pieces into smaller pieces and spits it out at the other end of the machine. But there is a problem with the machine that you are using. Due to its improper design or because of a defect during its manufacturing process, the safety switch or emergency cut-off system doesn't work. As a result, your shirt sleeve gets caught and it pulls your arm into the shredder. The result? You lose your arm in this horrific accident. You are not only allowed to file a claim for workers' compensation benefits against your employer, but you are also allowed to pursue a claim against the machine's manufacturer due to the design and/or manufacturing defect.

Bottom line: If you are hurt at work, please call us immediately to discuss all available claims to you. If you are hurt on the job because of the negligence of an independent third party, you may be allowed to pursue not only the workers' compensation claim against your employer but a civil action against the at-fault party.

Here is one other important element to potential third-party claims:

This reimbursement claim is known as "subrogation." The reason for this potential right of reimbursement is to prevent a double recovery by the injured worker for the same accident and to reimburse the employer/insurer for the benefits they have paid.

Now just because they claim a right to be reimbursed does not mean we honor it. For years, we have taken a hard-line approach to reimbursement. In fact, Georgia law requires the insurance company to prove the injured employee has been "fully and completely compensated in his/her claim against the third party."

If you feel you have a claim against a third party for causing your accident and on-the-job injuries, please call Gary Martin Hays & Associates right away to discuss the specific facts of your accident.

Please do not delay as it could limit or completely bar your ability to pursue your claim for benefits and evidence could be lost if not secured in a timely fashion.