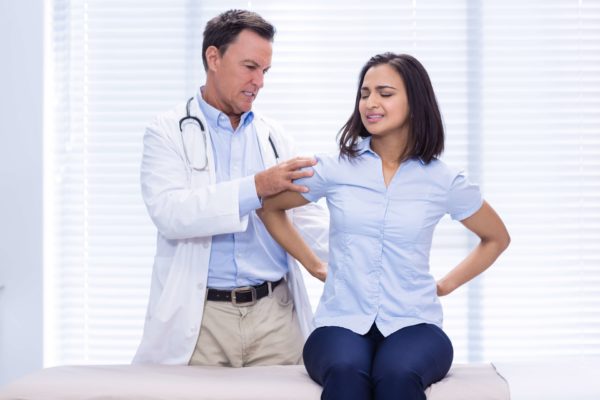 Rear-end collisions are the most common type of car accident. They account for 1.7 million accidents each year, leaving 17,000 dead and more than 500,000 injured.

Odds are you will be involved in at least one or two fender-benders during your lifetime. Make sure you are prepared with our handy car accident checklist. Then call a rear-end car accident lawyer to discuss your legal options.

There are many reasons why someone hits the back of another car. They typically happen at traffic lights, stop signs, congested highways, or when someone is turning. Common factors include:

Most of the time the driver who rear-ends another vehicle fails to notice the deceleration and doesn’t have time to slam on the brakes or can’t stop in time. Make sure to keep distance between you and the vehicle in front of you in case they suddenly stop for an animal or debris in the road or decide to make a sudden turn without signaling.

What to Do After a Rear-End Collision

A rear-end accident can be abrupt and disorienting. Stay calm. Take things slow and remember each of these steps.

The more severe the wreck, the more likely a person suffers an injury. But even a minor fender-bender can cause problems. A person in a rear-end crash might feel fine for the first day or two, only for pain in their neck or shoulders to flare up.

During a rear-end accident, the body is violently jerked back and forth. The neck and back, in particular, endure a large amount of force. Here are some common rear-end collision injuries:

Whiplash is a catch-all term for soft tissue damage to the neck, shoulders, and back. The muscles and ligaments may become strained or torn and require at-home care, a neck brace, physical therapy, chiropractic care or surgery to properly heal.

Lacerations can happen because of sharp objects flying about the vehicle or glass becoming embedded into a person’s skin. Severe cuts may require stitches and leave scarring.

Traumatic brain injuries (TBI) are a result of a blow or jolt to the head. These can range from mild concussions to severe permanent brain damage. Skull fractures, contusions, torn nerves, and swelling are a few signs of a TBI. Severe head injuries will require long-term care, sometimes for the rest of a person’s life.

Concussions are a mild form of traumatic brain injury. They are caused by an impact to the head or whiplash. Not all concussions involve unconsciousness. Some symptoms include confusion, drowsiness, dizziness, blurred vision, abnormal pupils or eye movements, headaches, nausea, sensitivity to light or noise, seizures, and balance and coordination problems. These can appear immediately after a wreck or weeks later.

Broken bones and fractures can occur during rear-end accidents. The person may have locked their arms or legs into place to brace themselves or slam on the brakes.

Spinal cord damage can occur at both low and high speed rear-end accidents:

Rear-end collision injuries should never be underestimated. If the two vehicles involved in a rear-end collision are about the same size, crashing into a vehicle is like hitting a wall at half the closing speed. In other words, hitting the car in front of you while going 40 mph is roughly the same as slamming into a wall at 20 mph.

Rear-end collisions often happen at slow speeds and the airbags may not deploy. That doesn’t mean you aren’t hurt. Don’t wait to feel pain to go to the doctor. Get yourself examined as soon as possible.

And don’t make the mistake of hoping the back pain or neck pain will go away on its own. Delaying treatment could not only hurt you physically in the long run, it could also negatively impact your rear-end collision settlement. If you are hurt after a wreck, medical documentation of your injuries is vital in helping a personal injury lawyer argue in support of your claim.

Read More: The Reason Why You Sometimes Don't Feel Pain Immediately After a Wreck

When the Driver Who Hit You Flees the Scene

Sometimes a driver after a rear-end collision drives away without checking on the person or vehicles they hit. Hit-and-runs are illegal in Georgia. You may be tempted to follow after them but it is strongly advised you do not. The hit-and-run driver may react dangerously to being followed and you or the at-fault driver may cause another wreck.

Instead, try to remember as many details as you can, particularly the license plate number if you don’t have a dashcam installed. Call the police and have them file a police report. Get witness statements to help prove you were the one rear-ended so your insurance company can’t argue against your claim.

To protect yourself against hit-and-run drivers, make sure you have uninsured/underinsured motorist coverage. These coverages are for when the at-fault driver who hit you doesn’t have much insurance, has none at all or has disappeared and they are never found.

A personal injury attorney can help maximize your chances of recovering compensation after a rear-end accident. Our team can help gather evidence and build a strong case for you, even if you are partially at-fault. Don’t let the insurance company shift blame on you — stand up for your rights by hiring experts who know the legal system inside and out.

Gary Martin Hays & Associates can explain your rights and keep the insurance company from taking advantage of you. We can answer your questions, help you get vital medical treatment, and fight for a ruling that’s fair and in your favor.

Our personal injury law firm has handled thousands of rear-end car accident claims. The insurance companies know we mean business and that our clients come first. Talk to our rear-end collision lawyers today to discuss your case and get the answers you deserve.

Symptoms to Look Out for After a Car Accident