Traumatic Brain Injury After a Wreck or Fall: Types, Symptoms, and Treatment 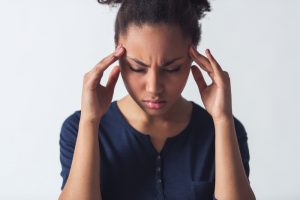 Nothing can prepare you for the immediate and long-term effects of a traumatic brain injury (TBI), and the effects it can have on your work, lifestyle, and relationships with family and friends.

After a wreck, you may have blacked out and woken up in the hospital with no memory of the incident. Your TBI symptoms could manifest immediately, or don't appear until hours or days after the crash or fall.

In 2013, there were 2.8 million TBI-related emergency room visits, hospitalizations, and deaths. Motor vehicle crashes were the third-leading cause among all age groups.

It's important not only to get the medical help and rehabilitation you need but also experienced legal help. We make sure you are financially compensated by the insurance of the negligent parties involved to cover your costs and pain and suffering.

Contact our law firm for a free consultation regarding your case.

A TBI is defined as a bump, blow, or jolt to the head that disrupts the normal function of the brain. They are a major cause of death and disability in the United States.

Brain injuries occur when an object strikes a person's head or there is rapid deceleration or acceleration, which can slam or jostle the brain against the skull. This may cause blood vessels to tear, nerve fibers to pull apart, bruising, microscopic damage, and swelling. 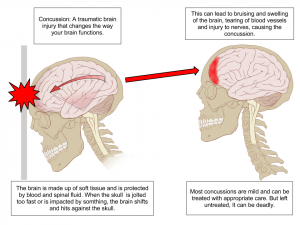 Most TBIs that occur are mild and are commonly referred to as concussions. With a concussion, there is usually no sign of head trauma or loss of consciousness. Instead, a concussed person may exhibit an altered mental status and a reduced level of consciousness.

The person may not remember what happened immediately before or after the injury and act confused. Signs of a concussion may include memory disruption, impaired judgment, slurred or incoherent speech, imbalance, and lack of coordination or reflexes.

The majority of people recover from symptoms caused by a concussion.

However, there is no such thing as a "minor" concussion. Any injury to the brain is serious. Even if there is no lasting damage, a second concussion or head injury soon after could have devastating consequences, including permanent disability or death.

Diffuse axonal injuries (DAIs) are one of the most common traumatic brain injuries. They occur in about half of all severe head trauma cases and are caused by rapid acceleration or deceleration.

White matter is packed with axons (tips of neurons use to send messages via electrical impulses). Any disruption or damage to the axons, such as in a collision or fall, can disrupt the neurons and even cause the release of brain chemicals that can do further damage.

This disruption is what causes loss of consciousness, cell death, and shearing (lesions). Brain cell death can lead to swelling, increasing pressure within the brain and decreasing blood flow, leading to further injury.

The main symptom of a DAI is unconsciousness extending up to six hours. Unlike in the movies where a character is hit in the head or crashes and goes unconscious only to wake up perfectly fine, lack of consciousness in real life indicates a severe, life-threatening injury.

Of those who survive a DAI, 90 percent remain unconscious. The 10 percent who do regain consciousness are usually severely impaired.

A skull fracture happens when the bone of the skull cracks or breaks. Visible skull fractures may look gruesome but are not necessarily serious. However, broken skull bones could cut into the brain, causing bleeding and other damage.

A hematoma refers to the blood pooling in and around the brain outside of blood vessels after a major blood vessel is damaged. There are different types of hematomas depending on where they develop in relation to the meninges (the protective membrane covering the brain):

Any bleeding that seeps into the brain itself is called an intracerebral hematoma and will damage the surrounding tissue.

The effects of TBI can be mild to severe. Problems can emerge immediately or days later. Common symptoms include:

If symptoms appear suddenly or worsen over time, especially within the first 24 hours after receiving the injury, medical help should be sought immediately. You should seek immediate care if you experience any of the following symptoms:

If your child was in a car accident or fell, monitor them for any symptoms of TBI, since they may not be able to explain what they are feeling. Signs may include: 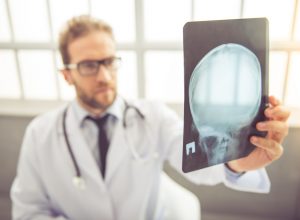 Head injuries and their severity can be determined by asking the injured person a variety of questions and testing their cognitive abilities. In some cases, a person with a TBI is brought to the emergency room while unconscious, so the only way to determine the severity of the injury is to run imaging tests such as MRIs, CT Scans, EEGs, and evoked potentials/response.

Treatment depends on the size, severity, and location of the brain injury, as well as other factors such as a patient's age and health history.

Surgery may or may not be necessary depending on the type of injury. If the skull is fractured or the brain has been pierced, surgery is likely. Surgery is not an option for those who suffer concussions or diffuse axonal injuries.

A TBI will most likely require a team of doctors, nurses, therapists, and specialists to help the injured victim recover. Depending on the person's symptoms, they may require speech, physical, occupational or recreational therapy; adaptive equipment training; and counseling.

The good news is that most people with a TBI recover. The symptoms they experienced at the time of the injury eventually fade, especially with treatment.

People with mild TBI, like concussions, should focus on "brain rest" and can use over-the-counter pain relievers. It's best though, to forego normal activities until your doctor grants you permission to do so.

That said, TBI symptoms can last for days, weeks, or months. For a few, these symptoms never go away due to permanent brain damage.

Wear a seat belt every time you get in your car and wear your helmet when out riding. Keep your home and work area free of tripping hazards. Never drive while under the influence of drugs or alcohol, or ride as a passenger with anybody else who is under the influence.

Prevention is the best way to reduce head injuries.

But even if you suffer a TBI, critical care has improved the survival and recovery rates for those with severe head trauma. Know the warning signs of TBI after a car accident and talk to a doctor or go to the emergency room as soon as possible. Getting medical treatment is vital, especially right after the wreck.

Then, talk to our personal injury attorneys. We've handled many cases for people who have been injured in a car crash through no fault of their own and needed help because they are suffering from an open or closed head injury.