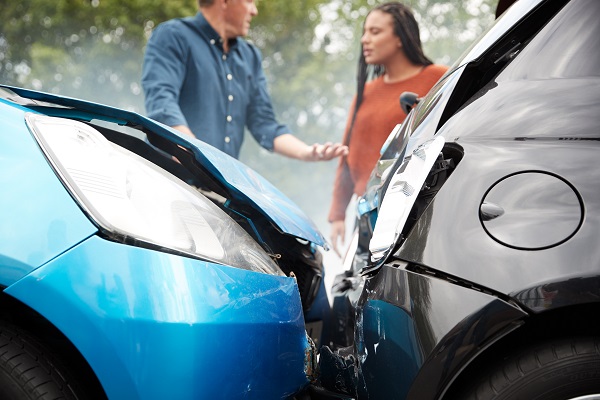 Drivers put themselves and others in danger when they violate traffic laws.

Police officers in Atlanta and other communities throughout Georgia issue hundreds of thousands of traffic tickets each year. On average, local police officers and state troopers from the Georgia State Patrol issue more than 800,000 traffic citations each year for three particular violations, according to Ride Safe Georgia. Those three specific violations include speeding, impaired driving, and seatbelt violations.

The experienced Atlanta car accident lawyers at the Law Offices of Gary Martin Hays & Associates, P.C., know all about these situations because we have recovered more than $1 billion in settlements and verdicts for families in Georgia since our law firm was founded in 1993. If you were injured in a car accident, contact us today to review your legal rights and options.

Five specific violations are regularly cited as the main contributing factor in many car accidents, including:

Law enforcement officials in Georgia issue more than 600,000 traffic citations each year for speeding, according to Ride Safe Georgia. In many cases, these drivers cause serious high-speed collisions.

Law enforcement officials in Georgia issue an estimated 50,000 traffic violations each year for impaired driving, according to Ride Safe Georgia. Even so, drunk drivers still cause serious or fatal car accidents every year throughout the state.

Car accidents often occur because one driver disregards traffic signs posted on the road. This can include:

Even talking with fellow passengers can be distracting, especially if teenage drivers are traveling with other teenagers in the car. If there are two or more teenage passengers in a vehicle and a teenager is driving, they are three times more likely to be involved in a distracted driving car accident, according to an NHTSA study.

You might think you don't need an attorney to recover compensation for your losses if another driver broke a traffic law and injured you in an accident. Unfortunately, these types of claims often turn into complicated legal cases.

Remember, the insurance company has a financial incentive to pay you as little as possible. If you're not careful, you could lose out on the compensation you're entitled to under Georgia law.

This is why you should have an experienced lawyer in your corner, protecting your rights and looking out for your best interests.

At the Law Offices of Gary Martin Hays & Associates, P.C., we can be your voice for justice throughout the entire process. We know the law and understand how the legal system works in Georgia. That's why we consistently obtain sizable settlements and verdicts for injury victims and their families. Results matter here.

Learn more about your legal rights. Contact us and schedule a free case evaluation to see how an experienced Atlanta car accident lawyer can help you. We have six offices conveniently located throughout Georgia and would be honored to talk to you about your potential legal case.