What To Do if a Drunk Driver Causes Your Car Accident 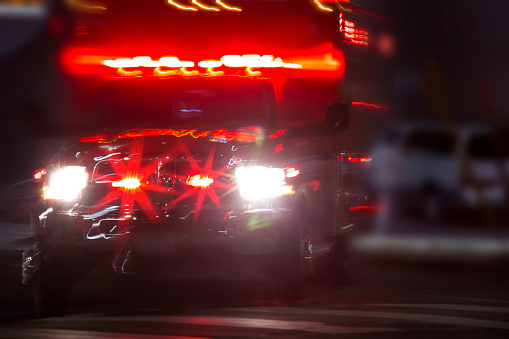 Some of the most serious – and most preventable – types of car accidents are those that are caused by drunk drivers.

All people have to do is not get behind the wheel of a car and drive after they've consumed too much alcohol.

Just recently, a man who caused a fatal drunk driving accident in Dekalb County in Georgia was sentenced to 16 years in prison, the maximum sentence, according to WSB 2 News Atlanta.

The tragic crash resulted in the death of an 18-year-old woman who was on her way home from college to celebrate her mother’s birthday.

If you are injured or a loved one dies in a fatal crash caused by a drunk driver in Georgia, it's not always clear what you should do next to hold the at-fault driver accountable and pursue compensation for your losses.

Here's what you should know.

How common are drunk driving crashes in Georgia?

Despite years of education about the dangers of drinking and driving, crashes caused by impaired drivers continue to result in thousands of deaths each year throughout the country.

In 2019, for instance, accidents involving impaired drivers resulted in 10,142 deaths nationwide, according to the National Highway Traffic Safety Administration (NHTSA). That’s one death every 52 minutes.

The problem is just as bad in Georgia, where in 2019 there were 353 people who died in crashes involving impaired drivers with a blood alcohol concentration (BAC) of 0.08% or higher, according to the NHTSA.

What to do if you get hit by a drunk driver

Just like other types of car accidents, there are some steps you should take after a crash caused by a drunk driver to protect your health and legal rights.

Tell the dispatcher you have been in an accident caused by a drunk driver. The police should respond immediately to your crash. These are very serious accidents that deserve serious attention.

If you or anyone else involved in the crash is injured, ask the police to send an ambulance. Don’t try to diagnose yourself at the crash scene. Have a medical professional examine you and anyone else who might be hurt.

Wait in your vehicle until the police arrive

Intoxicated drivers can sometimes be belligerent and could try to harm you if you try to talk to them. It's best not to confront the driver.

After the police arrive, and only if it’s safe to do so, take photos and video of your accident scene. Make sure to get pictures of the entire crash scene, the position of the vehicles (if possible), photos of traffic signals, speed limit signs, tire marks, property damage, and anything else that might be relevant to your crash.

If someone witnessed the collision, get the person’s full name and contact information. Eyewitness testimony can be a powerful piece of evidence.

Keep your comments to a minimum

Do not discuss your accident with anyone else at the scene of the crash. Anything you say – even something as simple as “I didn't see them” – could be used as evidence against you. Only talk to the investigating police officer.

After you leave the crash scene, schedule an appointment with your doctor right away. Even if an EMT or another medical professional has already examined you, make sure you schedule a follow-up doctor’s appointment with your primary care provider. Many injuries that are sustained in car accidents, such as whiplash and some back injuries, can take time to develop and may not be immediately noticeable at the crash scene. This also starts a record of your medical treatment, which will be key if you pursue a claim.

Get a copy of your official car accident report from the police. You can usually get a copy of your Georgia Uniform Motor Vehicle Accident Report from the local law enforcement agency that investigated your crash, from the Georgia State Patrol (GSP), or the Georgia Department of Transportation (GDOT) using the GDOT’s crash report request form. On the accident report, you will find all the basic information about your crash along with some key details, such as whether any charges were filed against the other driver and if the investigating officer conducted tests to determine the other driver's level of impairment.

Be careful talking to insurance adjusters

If the at-fault driver’s insurance company contacts you, don’t talk to them. Anything you say could be used as evidence to delay, reduce, or flat out deny your injury claim.

Go off the grid

Don’t post anything online or on social media about your accident. Again, anything you post could be used against you.

Talk to an experienced car accident attorney in your area as soon as possible to learn more about your legal rights and options.

How a car accident lawyer can help

Having an attorney on your side can make a dramatic difference in the outcome of your claim. While your case might seem straightforward, keep in mind that it's common for insurance adjusters to pull out all the tricks so they can find a way to pay you less money than what you're allowed to recover under the law.

Remember, insurance companies have a financial incentive to pay you as little as possible, and you can be sure that they will do everything they can to accomplish that goal.

At the Law Offices of Gary Martin Hays & Associates, we know how to deal with insurance companies and aggressively advocate for our clients' best interests.

Since our law firm was founded in 1993, we have recovered more than $1 billion in settlements and verdicts for accident victims and their families in Georgia. Let us fight for the compensation you deserve.

Discover what our dedicated legal team can do for you, and contact us today to schedule a free case evaluation. We have six offices conveniently located throughout Georgia, including Atlanta, and we would be honored to discuss your potential legal case.