Home » Blog » What Damages May Be Recovered In An Inadequate Security Claim?

What Damages May Be Recovered In An Inadequate Security Claim?

The following is an excerpt from Gary Martin Hays' book The Authority on Inadequate/Negligent Security Claims in Georgia. If you have questions regarding negligent security, contact us at 770-934-8000. 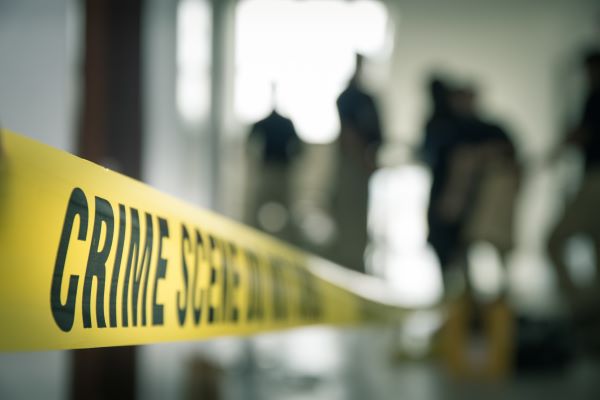 In an inadequate/negligent security claim, victims don't just have to cope with the physical and monetary damages inflicted upon them. The greatest harm that may be the emotional trauma they suffer, requiring years of therapy and counseling after the attack.

This post will review the types of damages that may be pursued in an inadequate security claim, the importance of using experts to help the victim process their trauma and heal, and how these experts can help a jury fully understand the devastating psychological wounds that may arise.

Damages could include compensation for:

Such expenses are easy to prove since health care providers issue itemized statements for the services they provide clients.

No one has a crystal ball to tell you everything the future is going to hold for you medically. However, doctors can sometimes determine to a reasonable degree of certainty what they anticipate you will need medically in the future, such as surgery or additional tests.

We will often secure a narrative from your treating physician(s) where they lay out future anticipated medical needs/procedures, as well as the projected costs for these items.

Please note: insurance companies do not evaluate your case based upon speculation as to what "may" happen, but upon items that may reasonably be proven through expert testimony, like medical records and doctor's notes.

If someone misses time from work due to a criminal attack, they may be able to recover for their lost wages if we have proper documentation of the losses. This proof could include:

The way a jury measures future lost income is for them to determine what the victim would have earned had they not been injured. The future lost earnings cannot be speculative and you must have documentation to substantiate your claims.

Depending upon the nature or location of the attack, or the severity of the injuries, future lost wages are almost a certain reality. Sometimes it may be necessary to hire an economist to calculate these future lost wages or, at a minimum, the diminished capacity for the victim to earn in the future.

Sometimes the defendant's conduct in allowing the attack to occur on their property is so egregious that the law allows us to seek additional damages known as punitive damages. The purpose of punitive damages is to punish, penalize or deter the defendant from repeating the conduct.

"Punitive damages may be awarded only in such tort actions in which it is proven by clear and convincing evidence that a defendant's actions showed willful misconduct, malice, fraud, wantonness, oppression, or that entire want of care which would raise the presumption of conscious indifference to the consequences."

These are designed to compensate an injured victim for losses such as pain and suffering, emotional suffering, hardship or inconvenience. It can be a challenge to get a jury to understand the degree of pain and suffering someone experiences because of an attack - especially when the injuries are not (or may no longer be) visible.

A violent, criminal attack may have lasting effects upon a victim. They often struggle with questions like "Why did this happen" or "Why did this happen to me?" The emotional damage can be further compounded if the perpetrator showed uncontrollable anger and violence towards the victim who, in most cases, was someone they did not even know.

The victim may relive the incident time and time again, or they could be petrified with fear that it could happen again. They may also feel humiliated after the attack, embarrassed, ashamed, guilty or degraded. Nightmares, insomnia, depression, irritability or changes in personality are all possible reactions from the victim.

Sexual assault victims can have other lingering concerns, such as a fear of becoming pregnant, or being infected with AIDS or a venereal disease. The attack may impact their ability to have and enjoy normal sexual relations with their partner.

Violent, sexual attacks can have long-term effects on the victim:

The victim is certainly capable of providing details about how the attack has left them emotionally and psychologically devastated. The spouse, significant other, as well as family and friends can help paint a vivid "before and after" picture for the jury about the lasting effects of the attack. A final way to provide proof to a jury can come from medical professionals who have examined, treated, and counseled the victim.

Experts who can help provide insight for the jury include:

These witnesses can discuss everything from the violence and trauma of the actual attack to the steps that were taken to help the victim cope with the physical and emotional injuries. It is extremely important to show the difference between the need for any pre-attack counseling for any other reason versus the need for counseling after the attack.

The information we are sharing is general in nature. It is not designed to provide specific legal advice regarding an injured victim's potential claim. The information above may or may not apply to your specific case. Nothing can replace a consultation with an experienced attorney to discuss the facts about your particular claim.

What Must You Prove In An Inadequate/Negligent Security Claim?