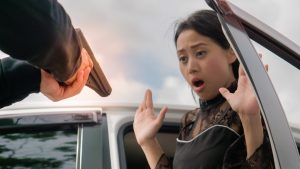 Gun violence often leaves its victims with severe or fatal injuries. Those who survive a shooting are left with emotional trauma and medical costs that could haunt them for years. But what if these catastrophic injuries could have been prevented in the first place?

If you have questions about determining liability after a gun-related accident or crime, contact our gunshot injury lawyers at Gary Martin Hays & Associates.

Georgia is one of the top states for gun deaths in the country. In 2017, it came in fifth with a total of 1,623 deaths. Most deaths occurred within Metro Atlanta.

Overall, Georgians are more than twice as likely as New Yorkers to be killed in a shooting. The gun death rate exceeds even that of Chicago.

Gun violence can leave devastating effects on a victim's physical, mental, and financial health. It's vital anyone affected by a gunshot wound or has lost a loved one to a shooting seek legal counsel and explore their options regarding compensation.

Shooting victims in Georgia have access to three types of compensation (not including insurance and savings):

This is an amount a court orders a criminal to pay to their victims after they are found guilty and sentenced. Restitution helps cover out-of-pocket expenses, damages, and other losses related to the perpetrator's criminal actions.

Unlike personal injury settlements, restitution does not cover emotional distress, pain and suffering, or the psychological and financial burden caused by permanent disfigurement.

Restitution is only granted to shooting victims if the assailant is caught, charged, and convicted. In many cases, the shooter is never found. If they are, the accused person may walk free because the prosecution does not have enough evidence to prove guilt or intent.

Even if the gunshot perpetrator is convicted, court-ordered restitution rarely covers all of the financial burdens of a shooting case.

The Crime Victims Compensation Program was created in 1988 to assist with the expenses caused by violent crime and encourage people to report criminal activity.  Crime victims can apply for up to $25,000 in compensation, however, these funds are only available after all other forms of damage recovery are exhausted.

Victims of a crime are often able to pursue a personal injury claim at the same time as the criminal trial. In a criminal trial, the victims take a backseat while prosecutors from the district attorney's office try to convince a jury of the accused's guilt; a civil trial gives victims a voice and control over the allegations, evidence, and legal arguments presented.

Even if the shooter is acquitted in criminal court, they still have to settle with the victims in civil court.

In some cases, gunshot victims are forced to prove they weren't responsible for the conditions that led up to the incident. Fortunately, Georgia's comparative negligence laws still allow victims to seek compensation as long as they are responsible for 49 percent or less of the incident.

When these individuals and companies don't take the minimum steps necessary to learn of any dangerous conditions and correct these dangers and someone is shot or killed as result, there is a potential claim for inadequate or negligent security.

While the person who fired the gun is directly responsible, we investigate the details and location of the assault for any negligence or malice on the part of the commercial property or business owners.

Gun wounds are difficult to treat. A Standford study found that the average hospital bill after just 35 minutes of emergency treatment can sometimes be as high as $21,000. A shooting injury can cost tens or even hundreds of thousands of dollars in emergency medical treatment, cause disability issues, leave victims permanently disfigured.

In tragic cases, the victim is killed at the scene or dies hours or days later at the hospital and the family has to think about filing a wrongful death suit on top of everything else going on.

Reach out to our attorneys and explore all of your options regarding your personal injury claim or lawsuit. We'll help seek compensation for:

Above all, we will hold all negligent parties accountable for their actions.