Home » Blog » Women Are More Likely to Be Injured in Wrecks

Women Are More Likely to Be Injured in Wrecks 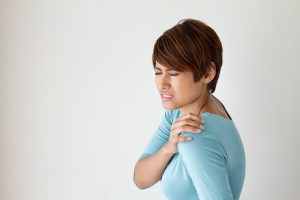 They don't make 'em like they used to - and that's a good thing.

But there's a flaw in the system.

Women are less likely than men to be involved in a collision but when a crash happens they are more likely to be injured. Why?

Because safety tests don't take women's bodies into account. Crash test dummies are built based on the concept of the "Reference Man," which was invented in the 1950s to simplify calculations. The Reference Man is 25 to 30 years old, 154 pounds, 5 feet 6 inches, Caucasian, and adheres to a Western European or North American lifestyle.

This also means that men who don't fit the Reference Man's body type are also left out of the equation when it comes to motor vehicle safety.

It all comes down to how cars are designed and for whom.

For vehicles, there is what is called a "standard seating position." Anything that deviates from the norm is considered "out-of-position." This places the blame on the driver rather the inadequacies of technology.

Women, on average, are shorter. Their legs need to be closer to the pedals and they have to sit up straighter to see over the dashboard. The angle of their knees and hips, as well as sitting closer to the airbag, puts them at greater risk of frontal injuries in a head-on collision.

The same is true for rear-end collisions. Because women have less muscle in their necks and upper bodies, they are more likely to suffer whiplash and neck injuries. Modern seats aren't helping protect women either: during a collision, the seats throw women forward faster than men because of their lighter bodies.

Crashed-Test Dummies Based on the "Average" Male

Crash-test dummies have been around since the 1950s and were based primarily on the 50th-percentile male. They were about 5 feet 9 inches and weighed roughly 167 pounds. They also had male muscle mass and a male spinal column.

By the 1980s, researchers from Michigan University argued to include a 50th percentile female dummy for regulatory testing but were ignored.

It wasn't until 2011 that the U.S. started using female crash-test dummies. However, they are often simply scaled down versions of male dummies, with no account for female muscle mass distribution or bone density.

In 2018, Sweden's research director of traffic safety discovered that not only were scaled-down male dummies used to simulate women in crashes but they were exclusively placed in the passenger seat, not the driver's.

The situation becomes even bleaker for pregnant women. Even though the first pregnant test dummy was created back in 1996, the U.S. government has never been mandated that it be used in testing. This is despite the fact that car crashes are the number one cause of fetal death as it relates to maternal trauma.

And while research from 2004 suggests that it was safer for pregnant women to use seatbelts, more than 60 percent of women in their third trimester don't fit the standard design. To accommodate pregnant women and prevent harm to the fetus during a crash, the three-point seatbelt needs a redesign.

What Does This Mean for the Future?

The smaller the person, the less their body can handle the forces of a crash. Consumer advocate groups want manufacturers and the NHTSA to study the effects of car accidents on women and smaller individuals to improve their safety outcomes.

Tests also need to include the elderly, people who are overweight or obese, and large children who've outgrown child safety seats.

The NHTSA recently made changes to include a female dummy in test crashes in order to make the five-star rating more rigorous. Unfortunately, they are left out of the driver's seat during the head-on collision test.

The good news is safety standards are improving. More and more people are taking at the look at crash test requirements and gaps in the data and using it update and refine the vehicles we drive.

The goal is zero crash fatalities and injuries. But until that day arrives, contact our attorneys if you have been injured in a wreck, you are not at fault, and need help handling the insurance company.

Traumatic Brain Injury After a Wreck or Fall: Types, Symptoms, and Treatment

Atlanta Ranked as One of the Most Dangerous Places to Drive