Home » Blog » What If an “Act of God” Causes a Work Injury or Death?

What If an “Act of God” Causes a Work Injury or Death? 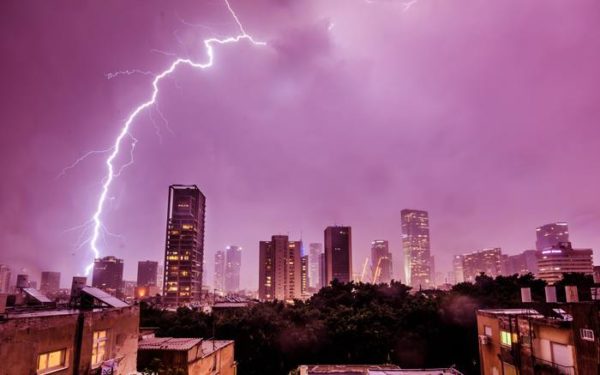 In rare cases, a worker may be injured or killed by an unusual or statistically improbable event outside of their control. There is no way to predict when or where a freak accident, natural disaster, or act of God will occur.

Here is an example of one such case:

In McKiney v. Reynolds & Manley Lumber Co., McKiney was a common laborer that worked in the employer’s lumber yard as a “lumber stacker.” This job required him to stack lumber and load the lumber onto vehicles.

He and another co-employee loaded a wagon full of lumber. The other worker went to get a tractor driver to come and get the load. McKiney waited next to the lumber pile, and was leaning against it when, “without warning a bolt of lightning struck the deceased, causing instant death.”

A claim was filed for workers’ compensation benefits by his widow. The administrative law judge denied benefits, finding “as a matter of fact that the deceased did not sustain an accidental injury which arose out of an in the course and scope of employment.” The claimant’s widow appealed the ruling to the Superior Court of Chatham County and the judge affirmed the prior ruling denying compensation.

The Court of Appeals, however, reversed the denial of benefits and awarded death benefits to the widow. “The evidence shows that the employee was where his duties required him to be, in the large lumber yard among stacks of wet or damp lumber, and the finding was demanded that by reason of his employment he was exposed to a hazard not equally shared by the community. The test is not whether the injury was caused by an act of God, but whether the one injured was by his employment specially endangered by the act of God, be it lightning, tornado or windstorm.”

In summary, if an act of God happens to a person on the job that causes injury or severe enough injuries that they die, they and their family may be entitled to compensation.

What Is an Act of God?

You may have come across this term in legal contracts, statutes, or movies. An “act of God” clause is supposed to protect a person in case a severe catastrophe happens, but what that means isn’t always clear.

Act of God provisions, also known as “Force Majeure” (from the French meaning “superior strength”) clauses, refer to events outside of human control or foresight. These provisions may remove or limit liability for injuries or losses caused by such events.

A company or person can use the act of God clause as a defense against failing or breaching their contract based on the impossible or unforeseen circumstances. This discharges them from their responsibility to uphold their promise.

Some contracts, such as insurance policies, cannot be canceled by an act of God. Despite this, insurance companies may still try to interpret their force majeure clauses in a way that denies or limits benefits. If this happens, it’s important to immediately contact an attorney to ensure your rights are protected. 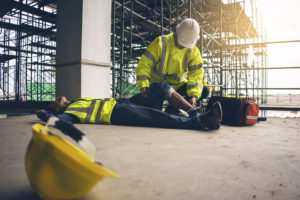 A freak accident is sometimes equated to an act of God, a terrible event or tragedy that couldn’t possibly have been prevented. Right?

Unfortunately, the phrase “freak accident” is often used to erroneously wipe away blame even though the event may have been preventable. It’s often used by those who are unfamiliar with OSHA safety standards whenever news breaks about a construction worker buried alive or an airport baggage handler pinned between a plane and a loading vehicle.

On average, 14 workers are killed on the job in the U.S. every day, with several of those deaths coming from the construction industry. Most of these deaths, however, are likely preventable. Injuries and fatalities don’t “just happen.”

For example, an elderly driver accidentally plows into a crowd at auction, injuring and killing several people, including an employee. In response, the business promises to implement safety barriers, which is reasonable. The problem is, they’ve been warned about this possibility beforehand.

Even if it’s not initially evident, there are usually ways to prevent unsafe circumstances that can lead to freak accidents. Negligence should never be tolerated; people have a right to safe work and business environments. Responsible employers and contractors, robust safety programs, and proactive approaches to safety and health are often enough to mitigate nearly any dangerous circumstance except an act of God.

Instead of dismissing an event as a freak accident, the circumstances leading up to the injury or death should be carefully examined, not only to see if there were safety violations but to learn how to prevent such circumstances from occurring in the future.

Investigating an Injury or Death Caused by an Act of God

We need to push back against the idea that freak accidents are the same as an act of God. The former is almost always preventable, the latter is often out of human control.

Regardless, any circumstance that leads to an injury or death should be fully investigated to make sure all the facts are known and to hold the responsible parties accountable. Don’t let the insurance company dismiss a tragedy as an unavoidable accident.

Talk to our knowledgeable personal injury and workers’ compensation attorneys today to discuss your case for free. We can ensure evidence is preserved and that your claim is taken seriously rather than swept under the rug.

Contact the Law Offices of Gary Martin Hays & Associates today to get the answers you need regarding your claim.