Home » Blog » Hurt While Drunk at Work: Can You File for Workers’ Compensation?

Hurt While Drunk at Work: Can You File for Workers’ Compensation? 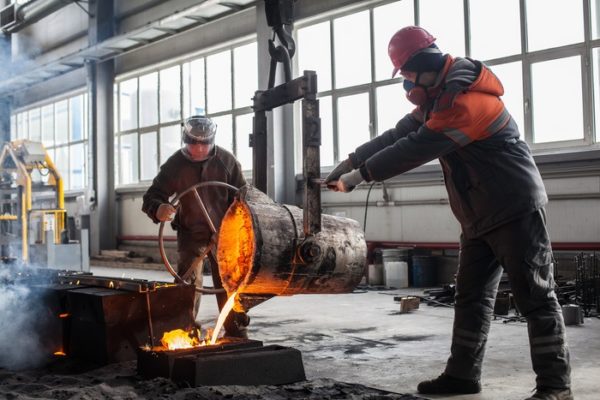 According to the Official Code of Georgia: “No compensation shall be allowed for an injury or death due to intoxication by alcohol or being under the influence of marijuana or a controlled substance...” Exceptions may be made if a substance was lawfully prescribed by a physician and taken as directed.

The statute sets forth the specifics of “intoxication” more fully: If an employee is found within three hours of the work accident to have 0.08% or greater blood-alcohol content, it’s presumed that the work injury or death was caused by the consumption of alcohol.

The law is pretty strict when it comes to getting injured while drunk on the job. But being intoxicated doesn’t always mean that workers’ compensation benefits will be denied.

Below are two cases in Georgia that deal with being drunk or under the influence of drugs while working and how the workers’ compensation trials played out.

Fred Cannon, Jr., was working for his employer as a construction superintendent. On December 22, 1982, Cannon was commuting home to Macon, Georgia, driving a company truck from his place of employment in Valdosta, where he had attended a company barbecue dinner.

He was killed in a head-on collision on the interstate after traveling several miles southbound in the northbound lane. When Cannon’s blood-alcohol level was tested, it showed a level of .23% at his death.

The administrative law judge denied the claim for death benefits filed by his widow. The workers’ compensation board affirmed the denial of benefits. When appealed, the Superior Court of Houston County reversed the decision and benefits were awarded.

Finally, the Court of Appeals held that “the full board was authorized to find Cannon’s wilful misconduct in driving with a blood-alcohol level of .23 percent, proceeding the wrong way onto an exit ramp marked with signs indicating that he was going the wrong way, and then driving southbound for approximately 11.5 miles in the northbound lane of an interstate highway. Such conduct resulted in the head-on collision which killed Cannon. The full board was, thus, warranted in concluding that Cannon’s death was not compensable under O.C.G.A. Section 34-9-17.”

In the end, Cannon’s wife was denied worker’s compensation benefits for his death.

Please note that the mere presence of alcohol or marijuana in a person’s system is not enough to completely bar the claim if the injured worker can show that the injury was not caused because of the intoxicating alcohol or drug.

James Lastinger, Jr., worked as a steelworker with Mill & Machinery, Inc. He was hurt at work when a metal plate he was detaching from a conveyor belt broke loose, causing him to fall several feet to the floor below. He was taken to the emergency room and a urine sample tested positive for cocaine and marijuana.

Lastinger filed an application for workers’ compensation benefits, but the employer and insurer challenged his claim based upon the positive drug test. Lastinger admitted at the hearing that he had used drugs five days before his injury but he denied being impaired on the day of his injury.

Testimony was also presented at the hearing by a coworker as well as his supervisor that Lastinger “did not appear to be intoxicated or unsteady.” Evidence was also introduced at the hearing of Lastinger’s prior drug conviction for marijuana possession.

The administrative law judge denied the claim for benefits “because Lastinger’s own testimony was impeached by the copy of the certified misdemeanor conviction for marijuana possession, which the ALJ considered a crime of moral turpitude.” The full board and the Superior Court affirmed the denial of benefits, and the case was appealed.

The Court of Appeals remanded the case to the State Board of Workers’ Compensation to determine “whether Lastinger’s testimony was otherwise impeached without using the misdemeanor marijuana conviction and whether the presumption arising under O.C.G.A. Section 34-9-17(b) was rebutted.”

Drugs or alcohol can make such cases more complicated, but don’t give up on your right to benefits until you talk to a lawyer. Maybe your case is like James Lastinger’s, whose benefits were wrongfully withheld because of a prior conviction that had nothing to do with the facts of his workers’ compensation case.

Take advantage of the free consultations we offer. Your workers’ compensation claim can be quickly examined by experts who have handled hundreds of work injuries in Georgia.

At Gary Martin Hays & Associates, we fight large corporations and insurance companies on behalf of injured workers every day. Let us fight for you, too.