Your Georgia Workers’ Comp Claim Was Denied — Now What? 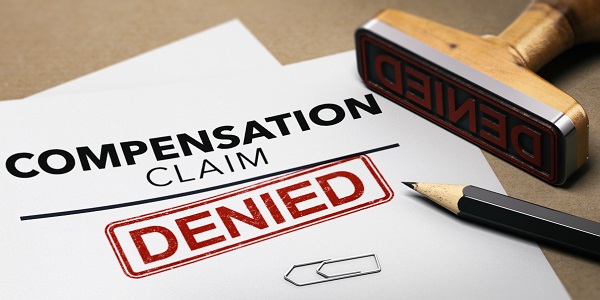 It’s in your best interest to speak with a Georgia workers’ compensation lawyer as soon as possible. Contact Gary Martin Hays & Associates today for a free consultation about your work injury claim.

Filing a claim for an on-the-job injury doesn’t guarantee it will be approved. If your workers’ compensation claim was denied, you’ll need to figure out why it was denied in the first place.

You may have received a denial letter that may not contain many details. You may have been denied for not meeting eligibility requirements, such as being injured while on a scheduled break or during a fight. However, the document you receive indicating denial of the claim may not contain more than boilerplate language that does not indicate the specific reason or reasons.

Some of the most common reasons given for denying workers’ compensation benefits include the following:

There are many other reasons a workers’ compensation claim may be denied. However, if you believe you’ve been wrongly denied according to the law, you can contest the decision.

What to Do When Your Workers’ Compensation Is Denied

After your request for benefits is denied, don’t give up. You should have received a letter explaining that your claim was denied. Most likely though, you will need to file a request for a hearing through the State Board of Workers’ Compensation.

Once a hearing is requested, the parties are entitled to conduct discovery or the compulsory exchange of information. Sometimes it is only through this process that one can determine why a claim was denied in the first place.

In Georgia, the deadline to file your workers’ compensation claim is one year from the date of injury. You must file form WC-14 and submit it to the State Board of Workers’ Compensation (with a copy sent to your employer and their workers’ comp insurance company). There are certain exceptions to the one-year requirement, but do not count on these to operate in your favor.

Even though you have a year to file, it is best to file as soon as possible. This way evidence is easier to collect. Another reason is that getting through the litigation process can take time. Filing quickly helps ensure that you will get the benefits you need in a timely manner while undergoing medical treatment.

Once a request for a hearing is filed, one will be scheduled by the State Board.

A workers’ compensation hearing is overseen by an administrative law judge (ALJ). In most cases, the hearing is scheduled within 60 days of filing the WC-14 form. However, most hearings are rescheduled several times before actually being reached. It will take place in the county where your injury occurred, a contiguous county, or within 100 miles of the county in which the injury occurred.

A workers’ compensation hearing will resemble a trial (but no jury). You will have the opportunity to present evidence in favor of receiving benefits. The insurer will also be present to argue for a denial of benefits. Witnesses may testify and be cross-examined. 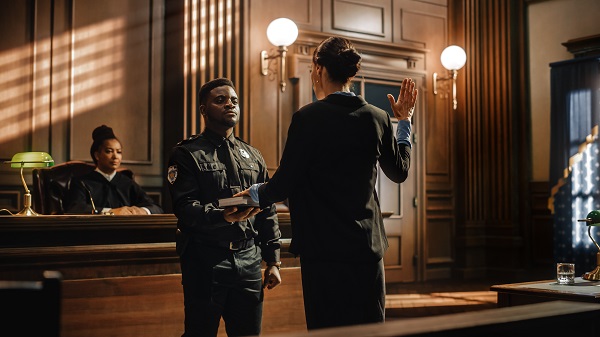 Once the ALJ has heard all of the evidence, they will close the hearing and make a decision based on the facts and prior law. The ALJ’s decision will be mailed to you within the next 60 days.

Note that the entire process can be made much easier to handle by having an experienced workers’ compensation lawyer by your side. If you don’t hire a lawyer, you’ll have to prove your case to the judge on your own.

Read More: What to Expect at a Workers’ Compensation Hearing

What About Mediation Instead of a Hearing?

Unlike a judge, a mediator cannot make binding decisions. They are simply there to facilitate the negotiation and help everyone come to an agreement. Mediation is also less formal than a workers’ comp hearing. Whatever you say cannot be used against you in future hearings or court appearances.

If you and the insurance company fail to reach an agreement during mediation, either party may opt to schedule a hearing before an ALJ.

What If You Disagree With the State Board’s Decision?

Just because the ALJ denies your workers’ compensation claim doesn’t mean you are out of options. If you disagree with the judge’s decision or believe there was a mistake, you may file an appeal with the State Board’s Appellate Division. The appeal must be filed within 20 days, with arguments scheduled within 60 days of filing.

During the appeal process, you are not allowed to introduce any new evidence. Instead, you and the insurance company file a brief (a written document outlining your disagreement with the lower court’s decision). You will each have 5 minutes to argue before the three judges who make up the Appellate Division. They will decide whether a mistake was made during your workers’ compensation hearing.

Reversing another judge’s decision is not easy. There needs to be a compelling reason why the ALJ’s ruling should be overturned in your favor — i.e., a clear error or mistake occurred in deciding your case.

Filing an Appeal Through the Georgia Courts

If the Appellate Court affirms the ALJ’s decision, the next option to appeal your workers’ comp denial is to file through the Georgia court system. You have 20 days from the Appellate Courts’ decision to file an appeal with the Superior Court.

The Superior Court will review all prior arguments and documents. There will not be an opportunity to present new evidence as the court will only consider issues of law and whether the law was applied correctly to the facts presented.

If you disagree with the Superior Court’s decision, you again have 20 days to appeal to the Georgia Court of Appeals. Like the lower courts, the judges will limit their review to the documents filed.

With each stage of the appeal process, it becomes less and less likely that a verdict will be reached in your favor.

What Happens to Your Medical Bills?

If your workers’ comp claim is denied, then you are responsible for all medical bills. Yet another reason why it’s imperative you speak with a workers’ compensation lawyer sooner rather than later.

After a workplace injury, you need medical care. Delaying treatment can not only put your health at risk, it can also hurt your claim. Having a record of regular care can help support your claim for benefits.

Even if you manage to get your case accepted, the insurance company may stop coverage if they think you aren’t following your doctor’s orders. Don’t skip care while your claim is denied.

In the meantime, your own health insurance or Medicaid can be used to help pay for treatment. Some of this cost can be repaid from your workers’ compensation settlement later on.

With a knowledgeable Georgia workers’ compensation attorney, you have a much higher chance of winning your workers’ comp appeal and receiving the maximum benefits you need to cover medical care, lost income, and other expenses.

At Gary Martin Hays & Associates, our lawyers are intimately familiar with every aspect of Georgia workers’ compensation law, appeals process, and loopholes. Strong representation can mean the difference between a successful recovery and loss.

The appeals process is complicated. One mistake can ruin your case and lead to a dismissal. You can trust our determined and capable attorneys to help make sure everything is done correctly.

Our Atlanta workers’ compensation lawyers can put in the time and effort needed to ensure your case is considered fairly. Increase your odds of winning your workers’ comp benefits — contact Gary Martin Hays & Associates to get started.