Hit By a Distracted Truck Driver? 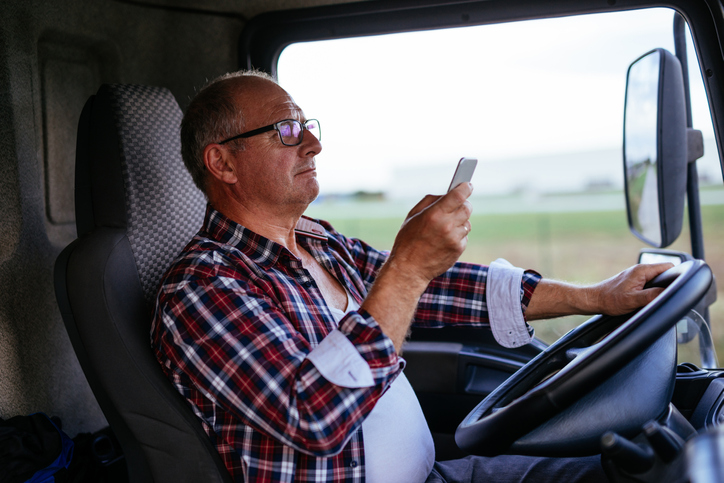 While less common, distracted driving accidents involving truckers do happen. And a distracted truck driver is a recipe for disaster.

A truck driver who isn’t paying attention means they have less time to react, stop, or swerve out of the way. A wreck that could have been avoided ends with people injured or killed.

Semi-truck accidents tend to be much more violent and intense. Some trucks weigh up to 80,000 lbs and may be hauling hazardous materials.

On the road, especially on long drives, it’s easy for drivers to become sidetracked. Truck drivers often traverse hundreds of miles, spend long hours in their cab, and take the same routes over and over again.

Common reasons a truck driver can become distracted at the wheel include:

How Many Truck Accidents Are Caused By Distracted Drivers?

According to the Federal Motor Carrier Safety Administration, 71% of large truck accidents happened because the operator was doing something other than driving the truck.

Research has also shown that commercial motor vehicle drivers who text while driving were more than 23 times likely to be involved in a safety-critical event.

Since tractor-trailer accidents often result in horrific crashes, it’s imperative that drivers of large trucks take the dangers of distraction seriously. Drivers and companies should minimize the temptation to reach for their phones or mess with other devices inside their cab.

What to Do After a Truck Accident

If you have the mental wherewithal and physical ability to move around without injuring yourself, we recommend doing the following:

However, none of the actions listed may have been possible after the crash. You or your loved one may have been unconscious, severely injured and rushed to the hospital, or emotionally traumatized.

After a large truck accident, the inability of a victim to collect information at the crash scene is completely understandable. In such cases, we recommend reaching out to the investigating officer for the crash report.

An experienced semi-truck accident lawyer can help put the pieces of the events leading up to the crash together. They can also protect you from any underhanded tactics the insurance company or the trucking company might try to pull.

Not only do truck wrecks cost a great deal of time and money for everyone involved, they often leave people permanently disabled or fatally injured.

Your medical costs may have begun piling up. A difficult surgery or expensive prosthetics may be required. You could be left with long-term complications that alter your life and ability to work in significant ways.

Our Atlanta truck accident attorneys fight to get injured truck accident victims fair compensation for all of their treatment needs. We understand the legal obligations insurance companies and trucking companies are under and can hold them accountable.

If you or someone you know was injured due to a distracted truck driver, you deserve powerful legal representation that will stand with you every step of the way. Call (770) 934-8000 for a free consultation to discuss your case. The sooner you call, the sooner we can investigate and protect your rights.