Home » Blog » Atlanta Traffic Among Worst In The World

Atlanta Traffic Among Worst In The World 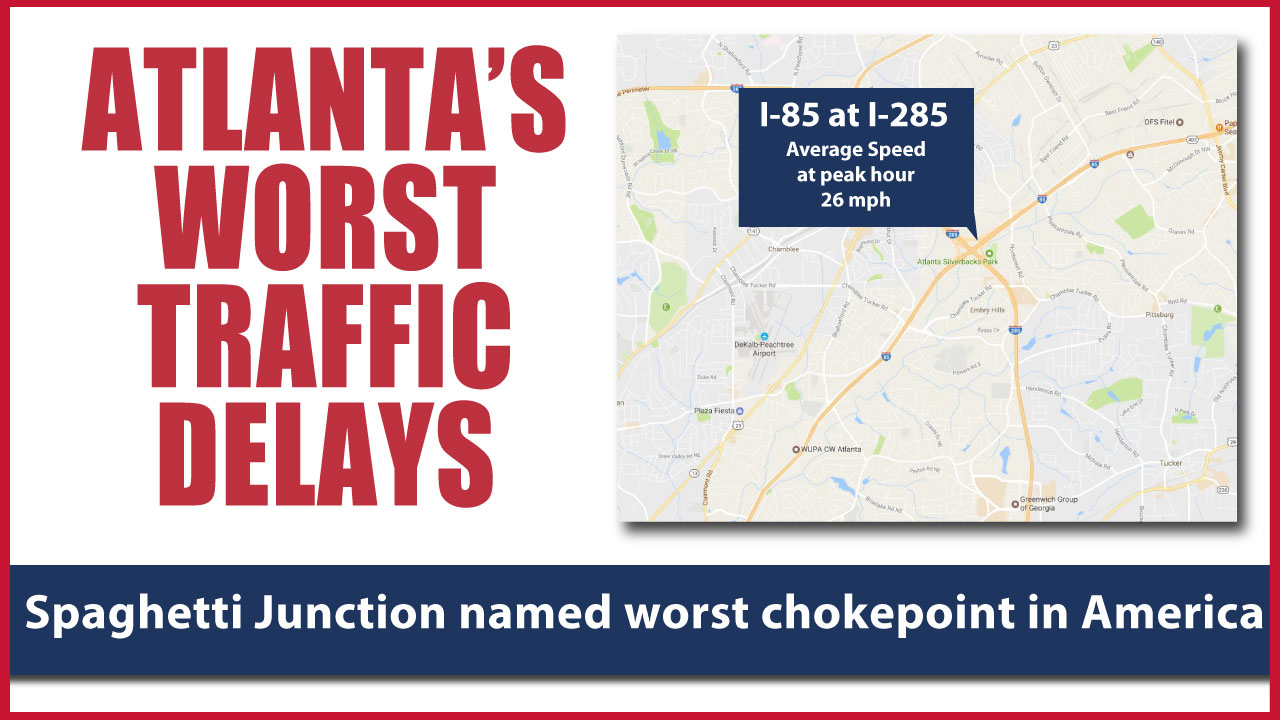 Well, it is, according to a recent report released by INRIX's Traffic Analytics.

Atlanta ranked eighth in the world for congestion with commuters spending 70.8 hours in traffic each year. Last year, the city ranked eleventh.

To come up with this data, INRIX examined congestion in 1,064 cities in 38 countries.

Cities were ranked by the average time a commuter spent in congestions at the busiest time of day.

Atlanta is known for its infamous bottlenecking traffic point - "Spaghetti Junction" - where I-85 and I-285 come together in Northeast Atlanta.

On March 30, traffic delays increased inside the perimeter when a fire started under a section of I-85 caused a bridge collapse.

The bridge collapse caused a 20 percent increase in traffic on I-285 until it reopened In May.

The average speed for this area during peak traffic hour is 26 mph.

Recently, Atlanta was No. 1 on the top ten worst trucking chokepoints in America.

What transportation infrastructure took the No. 1 spot?

On one side of the highway is Cumberland Mall and the other, the new SunTrust Park.

According to a recent Business Journal article, more than 140,000 vehicles travel through this area daily on roads that were intended to accommodate half as many. The new stadium will put another 20,000 vehicles into the mix on game days.

Traffic delays can be the breeding ground for things like road rage and driver distraction.

In fact, road rage is responsible for 66 percent of traffic fatalities.

Living in Atlanta, traffic is a part of our daily lives. Please remember to keep your eyes on the road, remain calm during traffic jams and be safe!

Please share this important information with family and friends.

And, if you've been injured in a car accident, fill out our free case evaluation.