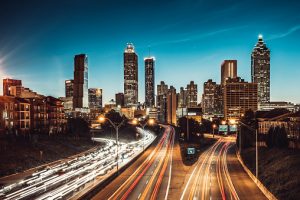 The I-85 bridge in Atlanta is set to open ahead of the morning commute on Monday, May 15, a full month ahead of schedule. That's great news for Atlanta commuters, who have been dealing with altered traffic patterns since the bridge collapsed in late March.

Veteran Georgia attorney Gary Martin Hays of Gary Martin Hays & Associates, P.C.  said he's glad to see the I-85 bridge in Atlanta reopen, in part because of the significant safety concerns that emerged while the bridge was closed. Traffic was previously diverted from I-85 to I-285, I-75 and SR 400, all of which, especially 285, were already known for their congestion and high rate of accidents.

"Out of state drivers who are unfamiliar with the area were being told to take I-285," said Hays, noting that drivers who don't ordinarily use a road are at an increased risk of being involved in accidents. "When you add all those extra vehicles to what was already the most dangerous interstate in the country, there's going to be an increase in wrecks." In 2015, I-285 was named the most dangerous interstate in the nation in terms of fatal accidents per mile.

The bridge closure also led to motorists cutting through residential streets, such as Lindbergh Drive and Peachtree Hills Ave in Buckhead. "We've seen a lot of speeding in residential areas, a lot of people cutting through intersections without crosswalks and putting pedestrians in danger," Hays continued. "In stop-and-go traffic situations, people are in a hurry, people are on their phones telling their friends they'll be late, and that's very dangerous."

As traffic patterns in Atlanta return to normal, Hays urged motorists to be aware that there are still safety risks associated with the bridge reopening.

"We have a huge problem in Atlanta with tractor-trailers cutting through the city and taking I-85, even though they're not supposed to." Heavy commercial trucks traveling through the Atlanta area are required to use I-285 as a bypass unless they have business inside the Perimeter or are making deliveries there. However, while I-85 was open, many would cut through to save time. Since the bridge closure, those trucks have been forced to use I-285, but once the I-85 bridge is open again, Hays noted that those commercial trucks will put motorists at risk.

Hays also warned motorists about the dangers of distracted driving in light of the bridge reopening. "Drivers on I-85 and nearby roads such as I-285 are going to divert their eyes to look at the construction on the bridge. That's incredibly dangerous, especially on an interstate," said Hays, noting that distracted driving is a leading cause of auto accidents in Georgia. "You need to keep your eyes on the road in front of you."