You might be saying, 'They're all the same thing, right?'

When you listen to the latest radio report, watch a news update or check map notifications on your smartphone, you'll often see the word "accident" used to describe a traffic incident.

The problem is, the word "accident" isn't very useful when describing a motor vehicle collision. It can make it seem like no one is actually to blame for what happened.

A driver or passenger was injured in a crash? Just an unfortunate accident. A pedestrian struck while crossing the road? An unforeseen tragedy.

Traffic experts and trauma researchers have been working for years to change the public lexicon because they know words often shape perception. They want to empower people in the way they think and talk about crashes.

Let's dig deeper into why the transition from "accident" to "crash" is so difficult (and controversial) and what you should do if you're involved in a collision.

The word "accident" has several definitions depending on the context with which it is used. We pulled the following definitions from Dictionary.com:

A car crash can easily be swept aside as a statistical misfortune with no one really to blame. And that's why change is needed.

Why the Term "Accident" Is Controversial 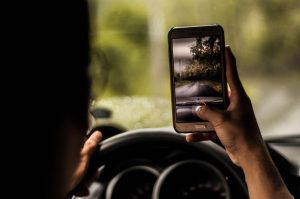 The National Highway Traffic Safety Administration concluded that nearly all car crashes are the result of drivers choosing to engage in risky behavior, from consuming alcohol and drugs to engaging in distracted driving habits.

The use of "accident" therefore, implies that a wreck wasn't caused by a driver's mistake or negligence - since they didn't intend to harm anyone they shouldn't be held responsible. The word "accident" then makes it seem like no one is really at fault.

Distracted driving, for example, is dangerous, yet some people continue to make the careless decision to fiddle with their phones while they're behind the wheel - even though this sort of behavior leads to about 400,000 injuries and 3,500 deaths each year.

Brushing off a wreck as just an "accident" is a tactic the insurance companies often employ to diminish the severity of a claim or a person's injuries. They want the injured party to doubt their side of the story or slip up and say something that casts the blame back on themselves.

Most people don't get behind the wheel with the intent to get into a traffic collision and hurt someone. But making the decision to drive while intoxicated when they could have easily asked a sober friend or rideshare to take them home, could have made a simple difference.

The same goes for driving aggressively, speeding, rapid lane changes and focusing on things other than the road - all of these are decisions. Decisions which can result in painful, even deadly consequences for someone else.

Negligent drivers must be held accountable for their actions and the insurance company (which makes billions of dollars in revenue) shouldn't downplay or diminish a victim's pain and suffering just because they don't want to foot the bill.

Arguments in Favor of "Accident"

There are a few safety advocates, however, who don't see a problem with using the word "accident." There are usually three reasons given for such a stance:

"Accident" vs "Crash": Which Should You Use?

Technically, there's no wrong answer here, but there has been a general shift towards using alternate terms instead. Around 30 state departments of transportation, as well as the Associated Press, have directed employees to avoid the term when driver negligence is involved in a motor vehicle crash.

This places the responsibility squarely with the at-fault driver and is intended to help others understand the seriousness of collisions.

Contacting a law firm is vital after a serious collision because things can get complicated quickly. The at-fault driver's insurance company may try to dismiss your claim or bog down the process with paperwork and legal jargon.

For there to be no one at-fault for causing a wreck is very rare. The driver who injured you, your passenger, or a loved one made a choice to be distracted, speed, drive while inebriated, engage in reckless behavior or drive drowsy.

Characterizing a crash as merely an "accident" can impede a crash victim's ability to recover damages because the insurance company is unwilling to assign blame.

You deserve a dedicated personal injury team who will work on your behalf to make sure the insurance adjusters treat your case with the respect and efficiency it deserves while you heal and work through the emotional trauma inflicted upon you.

If you have questions, please fill out our online contact form or call Gary Martin Hays & Associates at (770) 934-8000. Our attorneys will evaluate your case and schedule an appointment to hear your story and counsel you on your options moving forward.

The Truth About Neck Injuries After a Car Accident