Home » Blog » Why Storms Cause More Accidents Than Normal

Why Storms Cause More Accidents Than Normal 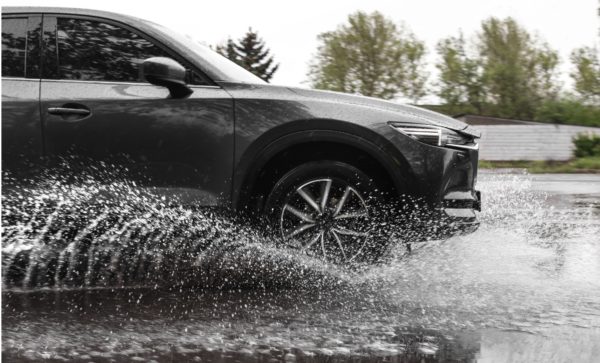 Thundershowers and heavy rains can turn a normal drive into a tense situation. Visibility becomes limited and there’s a chance you could hydroplane at any moment.

What are the chances that you could be involved in an accident during a storm? How many accidents are caused by inclement weather?

We’ll take a look at what the statistics reveal regarding car accidents and rain, as well as safety tips for driving in bad weather.

Rain is the Deadliest Weather Hazard

You would think snow and ice would be the deadliest driving hazards. Instead, rain takes the top spot.

Federal data compiled and analyzed by the Auto Insurance Center showed that rain caused more driving fatalities than snow in 39 out of 50 states.

The reason is fairly simple: wet conditions are far more common in most areas. Southern states like Georgia tend to receive a lot more rain than other parts of the U.S. Drivers are also less likely to be cautious than they would in wintry conditions.

Heavy storms, especially if it hasn't rained in a while, can make roads incredibly slick due to the buildup of oil residue. Reduced visibility and misjudging the distance needed to stop suddenly can also lead to trouble.

About 1.2 million vehicles are involved in hazardous weather crashes. Seventy percent happen on wet pavement and 46% during rainfall.

Your chances of being in a fatal crash increase by 34% when precipitation is falling. The heavier the rainfall, the greater the risk. But even light rain can increase your odds of an accident (27%). Fatal accidents due to rain are more likely to occur in the morning and in rural areas.

On average, there are more than half a million car accidents due to rain, leaving more than 200,000 people injured and around 2,400 people killed.

Tips for Driving in the Rain

Navigating the road in the rain, whether it’s drizzling or a heavy downpour, puts a driver in a difficult situation. As shown above, rainy conditions are linked to higher accident rates.

Here is a list of ways to stay safe while driving in the rain or a storm:

#3. Use your windshield wipers. This seems like common sense but it needs to be said nonetheless. Windshield wipers clear moisture from the front and sometimes back windows, allowing greater visibility.

#5. Increase the distance between your car and the vehicle ahead of you. Wet roads are dangerous and vehicles require considerably more time to slow down than normal. Maintain at least several car lengths between you and the next vehicle.

#6. Avoid heavy braking. Release the gas pedal earlier than normal in preparation to gradually slow down. Sharp braking increases the risk of hydroplaning.

#7. Watch out for patches of standing water. Whether it’s large puddles or heavy runoff, standing water can cause a vehicle to hydroplane (to lose traction and skid across the road). Reduce the risk of hydroplaning by avoiding pools of water, which are more likely to form on the sides of the road.

#8. Let off the gas pedal if you hydroplane. Hydroplaning is the most common car accident when it rains because of the loss of control. If your car hydroplanes, take your foot off the accelerator and steer toward the direction your car needs to go. Don’t jerk the steering wheel or slam on the brakes.

Were You Injured in a Wreck During a Storm?

When the roads are slippery and visibility is limited, drivers are responsible for slowing down and using caution. Speeding, reckless driving, and following too closely are behaviors that become even more hazardous during rainfall.

If another driver skidded into or rear-ended your vehicle and left you injured, you may have the right to file a personal injury claim. Don’t let the insurance company try to dismiss your case because it was raining.

Talk to our Atlanta car accident lawyers at Gary Martin Hays & Associates for a free case evaluation today or go here to learn more about how we can help.