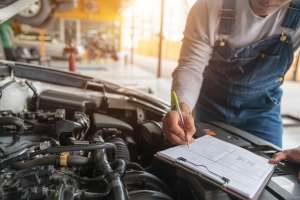 We want to expose one of the best-kept secrets in the insurance industry. The insurance companies are saving literally hundreds of millions of dollars each year right here in Georgia because of this secret.

This money should be paid to Georgia's consumers. But like most things, if the person doesn't know they are entitled to receive this money, the insurance company is not going to knock on their door and voluntarily hand it to them.

It's called a "diminished value claim." Let's explain what that means.

If you are involved in a car wreck, your car will suffer property damage. When you get your car repaired, you know it will be worth less than it was before the wreck.

Diminished value is what the market says your vehicle lost in value because of the repairs.

How do you calculate the amount of diminished value? The best way to do it is by hiring an appraiser to do a market survey for your car.

Let me give you an example of how the insurance companies are not being fair:

One insurance company sent one of our clients a check for $496 using their formula. We hired an independent appraiser. Their market survey showed the vehicle actually lost $2,235 in diminished value. The insurance company was trying to cheat our client out of over $1,700!

This isn't right. And the insurance companies get away with this every day here in Georgia. It's time we stop them.

It does not matter who is at fault in the wreck for you to be able to pursue a diminished value claim.

What is the proper method for calculating diminished value?

Both the first party and third party statutes are silent on this issue, but there is guidance for us in the case law.

According to Canal Insurance Company vs. Tullis (1999), where damage to a vehicle is not a total loss, a party seeking to recover for damage to the vehicle has two options in proving the amount of damage. These choices of proof are:

Contact Gary Martin Hays & Associates if you're unsure about a diminished claim evaluation.

We've handled many diminished value claims. Attorney Hays even taught other lawyers throughout Georgia about the process.

If you have questions about your wreck or a potential diminished value claim, give our firm a call at (770) 934-8000. You have nothing to lose if you call but think of what you could lose if you don't.

What Are the Odds of Getting Into a Car Accident?

The Biggest Mistake People Make After a Car Accident