Home » Blog » What Are the Odds of Getting Into a Car Accident?

What Are the Odds of Getting Into a Car Accident? 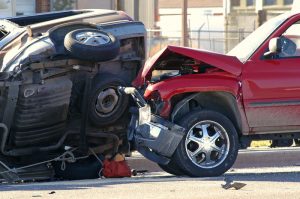 If you're anything like the average driver, then being involved in a crash, whether minor or major, is statistically inevitable.

According to the car insurance industry, the average driver gets in a car wreck every 17.9 years. Which means if you got your license at 16, odds are you'll be involved in a collision by the time you're 34, another by the time you're 52, and so on.

Basically, the insurance companies expect a driver to be involved in 3 to 4 wrecks over the course of his or her life. Such incidents range from parking lot scrapes to pile-ups on the interstate.

There are roughly 10 million collisions a year, according to the National Safety Council. About 3 in 1,000 (30,000) are fatal. Two million drivers and passengers sustain serious injuries.

Insurance companies profit by getting you to pay for your accidents in advance. You can't change your age, type of car you drive or driving history, but you can do five simple things to lower your risk of being in a crash.

Watch the road at all times. Staying focused on the road is the best thing you can do to protect yourself and others. Don't reach for items, turn your head to talk to someone or check your phone.

Don't drive impaired. About one-third of all accidents are caused by drivers under the influence of drugs, alcohol or both.

Don't speed. Another third of collisions are caused by drivers going over the speed limit and taking dangerous risks.

Avoid driving during post-midnight hours. The deadliest time to drive is 12 to 3 a.m. between Saturday and Sunday. Many drivers on the roads at that time are either drunk or speeding.

Avoid congestion. Although you will most likely experience a wreck on suburban roads, they are less likely to be fatal because of lower speeds. Only a quarter of crashes happen on highways and the interstate but they account for half of all traffic fatalities.

How Likely Are You to Die in a Crash?

The odds of dying in a crash are 1 in 77, according to data from the CDC. For comparison, here are the odds of other causes of fatalities:

Our roads and vehicles are safer than ever before but there is still a healthy amount of danger when it comes to driving. Smartphones, rising speed limits, and heavy congestion are just some of the hazards drivers in Atlanta and across the state face when they get behind the wheel.

Remember the five safety tips to reduce your chances of causing a wreck or being the victim in a crash. But if the odds aren't in your favor, contact Gary Martin Hays & Associates to discuss your options.