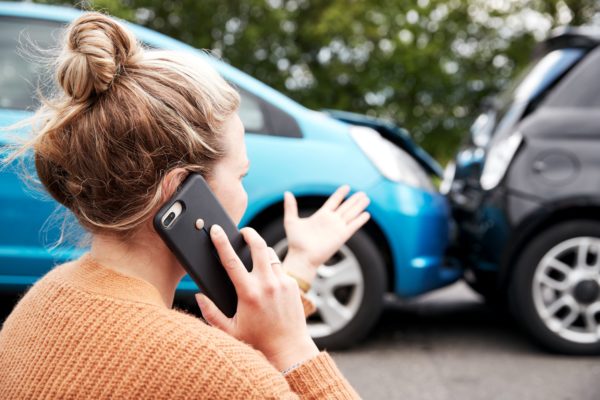 You come to a stop at a stoplight or stop sign, only for a car to hit you from behind. You manage to pull over and get out to inspect the damage.

Other than some dents and scrapes, your vehicle seems fine. Because your car seems okay, you assume you are also physically fine and the soreness you are feeling will go away.

But as time goes on, you realize you were seriously injured even though it was just a minor car accident.

“Minor” Car Accidents Are a Myth

This misunderstanding between vehicle damage versus injury was perpetrated by the insurance companies back in the ’90s. They trained their claims adjusters to deny personal injury claims when the damage to a car was deemed low.

The strategy’s purpose was to reduce the insurers’ costs. They claimed car accidents with minimal damage were unlikely to or could not cause serious or permanent injury. Insurance adjusters would ignore medical evidence to the contrary and argue that such injury claims were fraudulent.

This thinking was eventually put to rest by a series of papers and studies that examined what happens to the body when it is subjected to the force of a crash. It proved that equating crash damage to the degree of occupant injury was a flawed assumption.

In rear-end crashes and other types of wrecks, researchers found that:

It is clear then that the amount of property damage in low-energy crashes is an unreliable way to assess the factual nature of an injury claim.

Delayed Symptoms After a Rear-End Accident

It is normal after a car accident to not realize you are injured. The body often creates endorphins to mask pain after a traumatic experience.

An injury may not be felt for days or weeks afterward. This is especially true for soft tissue injuries to the neck, back, and brain.

Here are some signs that you may have sustained a serious injury even though the damage to your car was minor:

Whiplash occurs when the body is jerked back and forth in a car accident. The violent motion strains the muscles and ligaments of the neck, leaving a person feeling sore. Although painful, most people recover within a few days or weeks.

Painful neck injuries such as disc herniations/ruptures and pinched nerves are much more serious and may require injections or surgery. See a doctor if you are experiencing the following symptoms in the neck after a collision:

People who have suffered from whiplash before, are older, or have pre-existing neck pain have a higher risk of suffering a severe neck injury after a wreck.

Back injuries after an accident are also common. The muscles around the shoulder or spine could be strained or torn after a hit to the back of a vehicle or the spinal cord could become cracked or compressed.

See a doctor right away after a crash if you experience any of the following:

During a crash, the head can easily strike something in the car or become jostled. The force of the crash, especially rear-end collisions, can cause the front and back parts of the brain to hit the skull.

Brain injuries can have serious consequences, from memory problems to emotional issues. Concussions and traumatic brain injuries can require extensive recovery times depending on their severity.

The most common concussion symptoms people experience include:

Adjusters for the Insurance companies still sometimes use the false assumption that minimal vehicle damage means a person couldn’t have been badly hurt. It’s our job to make sure they can’t ignore your personal injury claim.

You deserve compensation for your medical bills, and pain and suffering. Consult with our Atlanta car accident lawyers, each of whom is familiar with the tactics insurance companies use to try and deny a claim.

Remember, modest property damage does not equal bodily injury. Stand up for your rights by giving Gary Martin Hays & Associates a call at (770) 934-8000.