Home » Blog » What Is a Wrongful Death Claim?

What Is a Wrongful Death Claim?

In preparation for the release of Attorney Gary Martin Hays and Sarah Jett’s latest book, The Authority on Wrongful Death Claims in Georgia, we’re releasing a sneak peek of Chapter 2. 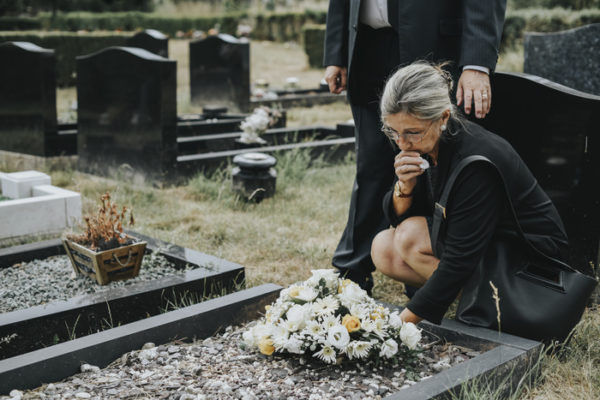 According to Georgia law, a wrongful death is the death of an individual that is caused by a “negligent, reckless, intentional, or criminal” act(s) of another person(s) or entity (such as a business or corporation).

Let’s define some of these terms for more clarity...

Negligent: This essentially means the defendant’s fault caused the harm. They failed to exercise ordinary care and, as a result, the plaintiff was injured or killed.

Here are some examples:

Individuals who are convicted of reckless driving, and who cause the serious injury or death of someone else, could face serious criminal penalties, potentially rising to the level of a felony.

Intentional: This is a deliberate act of a person that causes an injury to someone else or to their property. You have to prove the person had the requisite “intent” to harm someone. To do so can be difficult as you have to look at the circumstances surrounding the incident.

Here is an example of a situation that could help you prove intent:

A driver is behind the wheel and is fully aware of their surroundings and the condition on the road. They look ahead and see that they are approaching a stop sign. They also notice a pedestrian has stepped off the sidewalk and is entering the roadway in the crosswalk. But instead of slowing down to stop the vehicle, the driver presses on the accelerator and increases the speed of their car because they know the pedestrian and have an ongoing feud with them. As a result of their intentional act, they plow into the pedestrian. They intended to run the stop sign and intended to hit their enemy with their car. The situation would be different if the driver didn’t see the stop sign or pedestrian and negligently ran into them.

Criminal: A crime can also be considered a wrongful, illegal act that injures someone. For example, in the preceding example under “intentional” acts, the driver’s deliberate act of running the stop sign and intending to strike the pedestrian with their car is a criminal act as well. The criminal act involves a public wrong, and punishment is determined by the county solicitor or state prosecutor. The civil component seeking reimbursement for the injuries or death is sought in civil court by the injured party or the surviving spouse or children.

However, motor vehicle accidents are not the only area in which a wrongful death action can occur. For example, we have handled wrongful death claims arising out of:

We represented the surviving spouse in an action arising out of her husband working at a plant. A machine malfunction caused a press to close on the decedent and crush him. The claim was presented against the manufacturer of the equipment for not having a safety cut-off switch.

We represented the mother whose son fell into a swimming pool at an apartment complex and later died from his injuries. The pool did not have the proper locks on the gates, nor an appropriate pool cover when it was closed for the season.

Over the years, we have represented numerous families who have lost their loved ones because of attacks inside apartment complexes, in parking lots, on gas station properties, and in other commercial establishments. These entities had a duty to offer “reasonable security measures” and to protect lawful visitors upon their property from attacks by a third party.

We represented the surviving parents of a woman who was crushed when some equipment at a worksite fell on top of her because of a faulty, top-heavy design, and it was also positioned on a sloped floor by the premises owner that facilitated it tipping.

We also represented the family of a construction worker who fell when some improperly constructed scaffolding gave way, causing him to fall several stories.

We represented the surviving spouse who lost her husband because of the negligent supervision by the nursing home where he was living. He was an Alzheimer’s patient that was allowed to leave the grounds. His body was discovered several months later in the woods by the facility.

Over the years, we have represented numerous families who have lost loved ones because of defective drugs.

We have also associated special attorneys with expertise in medical malpractice claims that have resulted in the death of the patient because of medical negligence.

As with all serious injury and death claims, a prompt investigation into what caused the incident is critical. Time is of the utmost importance as you want to secure the evidence, record the scene with photographs and video, and speak to all witnesses that may have relevant information regarding the incident.

Our personal injury/wrongful death team has helped many families suffering an unexpected loss due to negligence or criminal intent. We can help you hold the person or business accountable for what happened to your loved one. A consultation on your case is free.

Contact us to see how Gary Martin Hays & Associates can work for you.