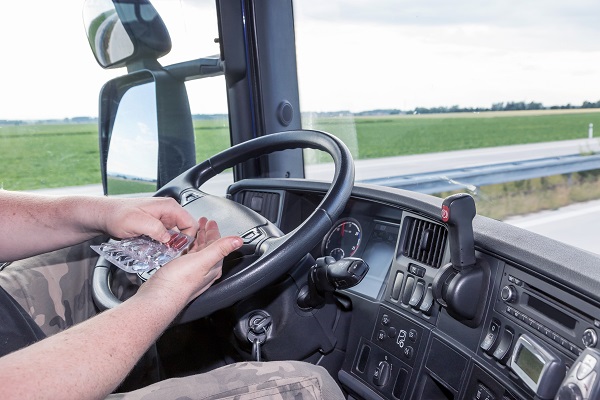 According to the Federal Motor Carrier Safety Administration (FMSCA), there were 415,000 police-reported crashes involving large trucks in 2020. Nearly a quarter of these wrecks caused injuries, and 4,444 resulted in fatalities. Roughly 5% of truck drivers involved in fatal crashes had alcohol or other substances in their system.

Large trucks are complex machines that are difficult to operate even when sober. Adding alcohol or drug use into the mix while driving these dangerous vehicles (some of which weigh up to 80,000 lbs) is a recipe for disaster.

A drunk or drugged truck driver is a hazard to everyone else on the road — so why would a trucker take such a risk?

Many truckers turn to alcohol or drugs to relieve stress, boredom, loneliness, or pain from untreated illness or chronic injury. But the most common reason they take mind-altering substances is to combat the effects of sleep deprivation from long hours on the road.

Even though federal standards restrict truck drivers on the total number of hours they are allowed to drive per day for safety and health reasons, truckers are often pushed by the trucking companies to break these rules to complete orders as scheduled. To cope with these stressors, truckers may binge drink or use marijuana to relax. Stimulants like cocaine, amphetamines, or prescription drugs like Adderall may be used to help concentrate and avoid falling asleep.

The use of these drugs, regardless of the reason, is dangerous for drivers and pedestrians. Taking such substances can cause a driver to speed, ignore obvious safety lights or signs, or make dangerous maneuvers.

How Prevalent Is Drugged and Drunk Driving Among Truck Drivers?

Although there have been several studies, the data is still somewhat unclear when it comes to the issue of drug and alcohol use among large vehicle drivers.

Testing measures have their limitations. Drugs can be tested for via urine or hair samples. Urine samples generally detect substances currently in a person’s system and are the only federally accepted form of testing. Hair root samples provide a more extensive history of drug use but are more expensive, take longer to process, and can lead to false positives.

Still, findings by the Trucking Alliance as reported to the House of Representatives in the “Under Pressure: The State of Trucking in America” painted an alarming picture. When both urine and hair follicle tests were given to new drivers, urine samples showed only a 1% positive rate. Meanwhile, hair tests showed a positivity rate of 8.6%. The issue of drugged driving, therefore, may be more prevalent than previously estimated.

Are Truck Drivers Tested for Drugs and Alcohol?

After a truck accident, the driver must be tested by their employer for any drugs or alcohol in their system. Failure to do so is grounds for negligence. 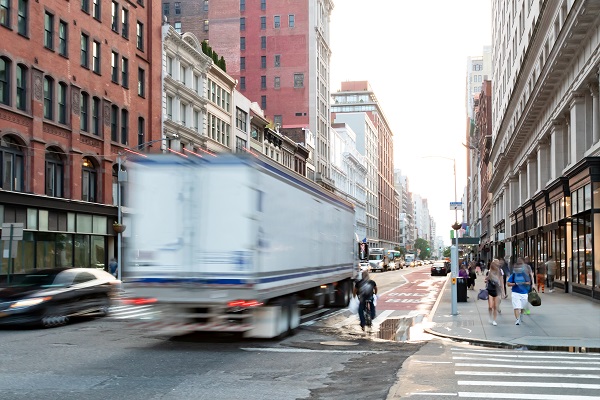 Who Can Be Held Liable After a Truck Accident?

The truck driver, the trucking company that employs the driver, and other parties may be held liable for the damages and injuries suffered in the accident.

The truck driver may be liable because they chose to drive while impaired. They are responsible for the harm they caused due to drinking, taking drugs, or using prescription medication while driving a heavy-duty commercial vehicle.

The trucking company may be liable because the employer is responsible for the negligent actions of their employees. It may also come out during the investigation that the trucking company knowingly hired the at-fault truck driver even though they had a prior DUI or had a history of substance abuse while driving that was swept under the rug.

A knowledgeable personal injury attorney can sort out which parties bear responsibility for the truck accident. They will gather crucial evidence to support your truck accident case, including:

All of this evidence must be gathered quickly. The longer you delay starting a personal injury claim after a truck accident, the more difficult the case may be to resolve.

You have two years to file a personal injury claim against the at-fault driver and the trucking company, but it is better to get started now rather than wait.

Any losses and injuries suffered in a truck accident are considered damages. The types of damages you may be able to recover compensation for after an accident caused by a drunk or drugged truck driver include:

If proven that the truck driver was impaired by alcohol or drugs at the time of the crash, you may also be awarded punitive damages. Punitive damages are used to punish drivers for reckless behavior.

Injured By a Drugged or Intoxicated Truck Driver?

A serious truck accident caused by a drunk or high driver can leave accident victims with severe injuries, life-long disabilities, financial ruin, and an uncertain future. Our Georgia truck accident lawyers can hold these negligent drivers accountable in the following ways:

If you were injured in an accident caused by a truck driver under the influence of drugs or alcohol, get in touch with our truck accident law firm immediately. Contact the truck accident attorneys of Gary Martin Hays & Associates for expert legal representation, peace of mind, and just compensation.