Home » Blog » Violent Crimes on the Rise in East Point

Violent Crimes on the Rise in East Point 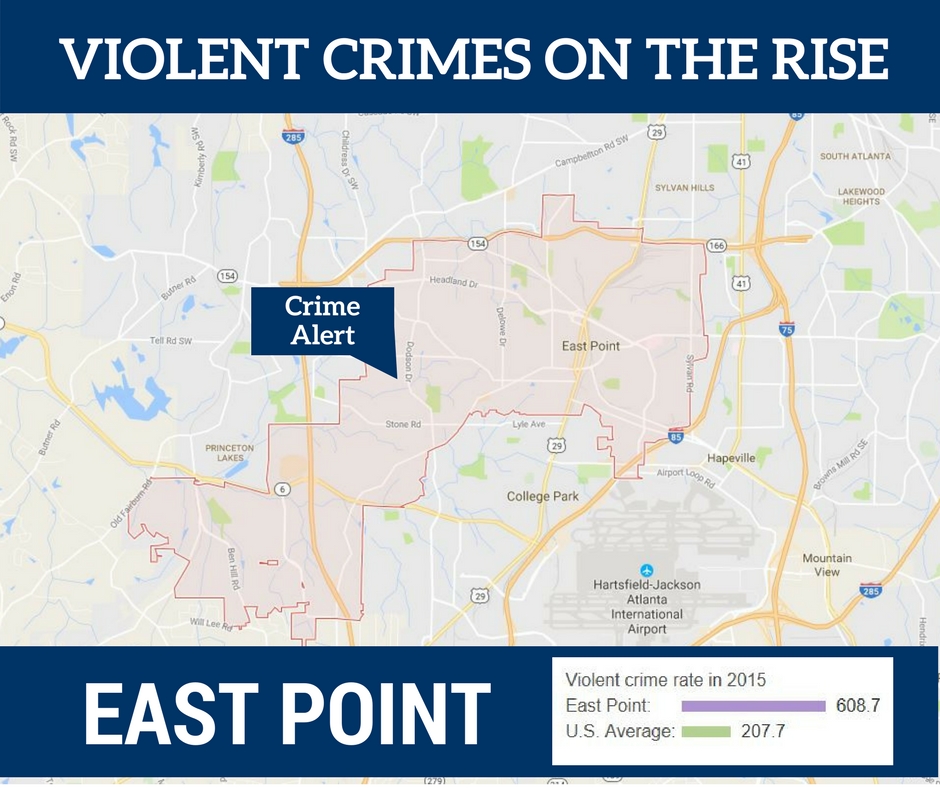 East Point continues to see a high amount in staggering violent crimes within its community, which are far above the national average.

In fact, East Point had 618 more crimes committed in 2015 than the national average of 286 per year.

Assaults and Rapes have been consistently committed in high volumes for the past five years.