Home » Blog » Violent Crimes On The Rise in Hapeville

Violent Crimes On The Rise in Hapeville 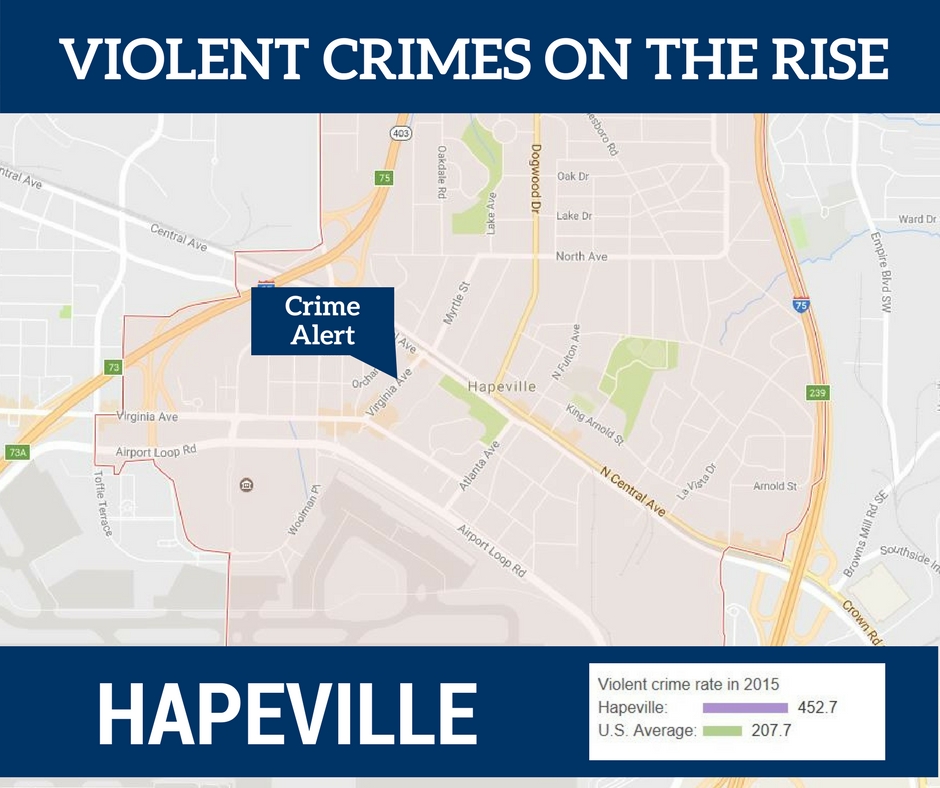 Hapeville continues to see an increase in staggering violent crimes within its community, which are far above the national average.

And, here are more shocking statistics regarding sexual assault:

Assaults and Rapes have been on a continual rise in Hapeville for the past five years.

If you've been injured due to a violent crime, we understand the difficulty you're going through and have dedicated lawyers committed to seeking the justice you deserve.