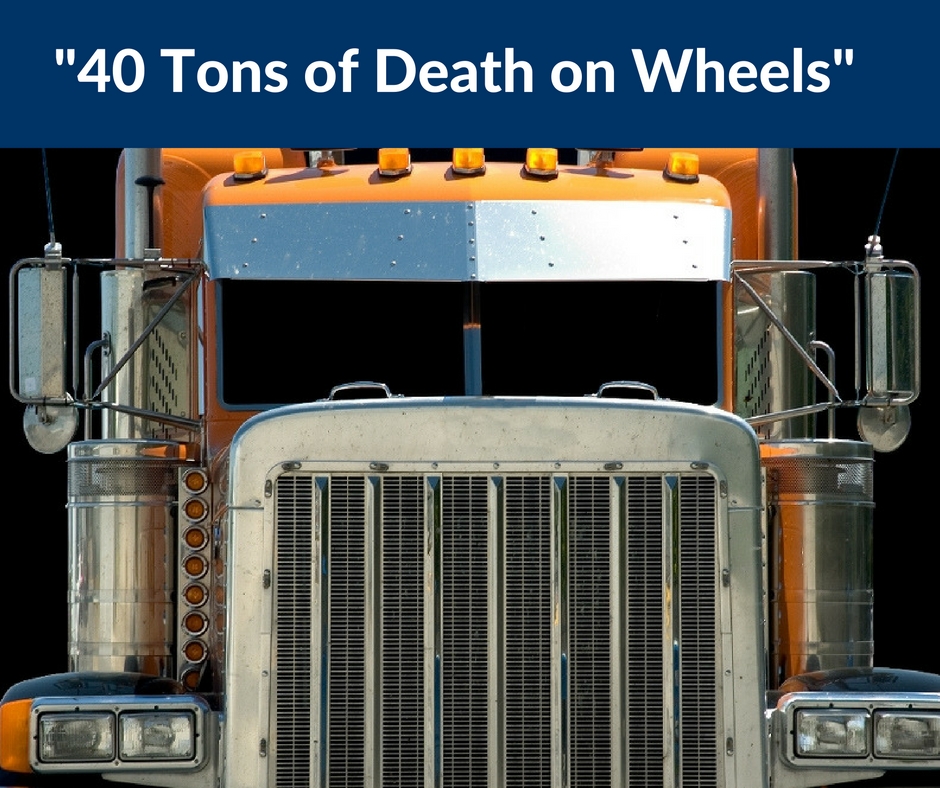 Some people refer to Tractor Trailers as "40 Tons of Death on Wheels."

Because of their size, even a low impact collision can lead to serious injuries.

So, what are the top 3 reasons for truck accidents? Here's what the Insurance Institute for Highway Safety says:

About 1 in 10 highway deaths occur in a crash involving a large truck. These trucks weigh 20-30 times more than passenger vehicles. They're taller and have greater ground clearance, which means lower riding passenger cars can slide beneath them. Truck trailers have rear underride guards which are supposed to stop this from happening, but IIHS research shows these guards fail in relatively low-speed crashes.

By federal law, drivers of large trucks are allowed to be behind the wheel for as long as 11 hours. According to the IIHS, surveys indicate many drivers violate the regulations and work longer than permitted.

Driver's logs play a huge roll in your case. The sooner you call, the sooner we can obtain those records before they no longer exist.

Stopping distances for trucks are much longer, particularly on wet surfaces if the brake system is poorly maintained. This is where Truck Driver Negligence comes into play. Was the truck driver following too closely? Tailgating can lead into a rear-end collision, which often times is deadly.

If you have been injured in truck accident, fill out our free case evaluation.