Saturday Is the Most Dangerous Day of the Week to Drive 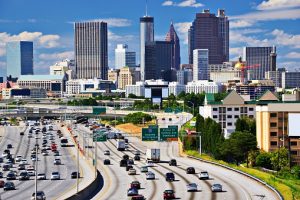 The safest day to drive is Tuesday. That's according to a study done by Avvo, a legal referral and review site, that analyzed data from the NHTSA's Fatality Analysis Reporting System (FARS) for 2016.

The study looked at how many car crash fatalities occurred each day of the week and at what time.

Of the 37,461 deaths resulting from car wrecks, 6,802 occurred on Saturday. The second and third deadliest days were Friday and Sunday. 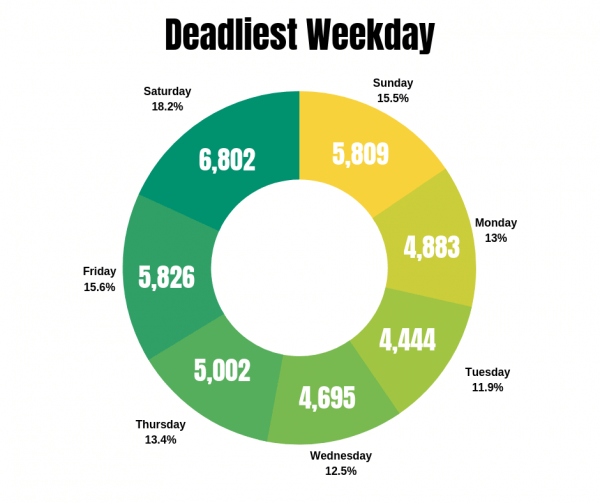 The sharp increase in accidents and deaths indicate drivers are much more careless and reckless on the weekend. And it's easy to understand why.

The weekend promises relaxation and greater freedom - unfortunately, some drivers use this freedom to indulge in dangerous behaviors. Accidents and tickets also increase before, during, and after holiday weekends.

The safest days to drive are Monday through Thursday. Knowing there is traffic, drivers appear to be much more cautious and responsible. 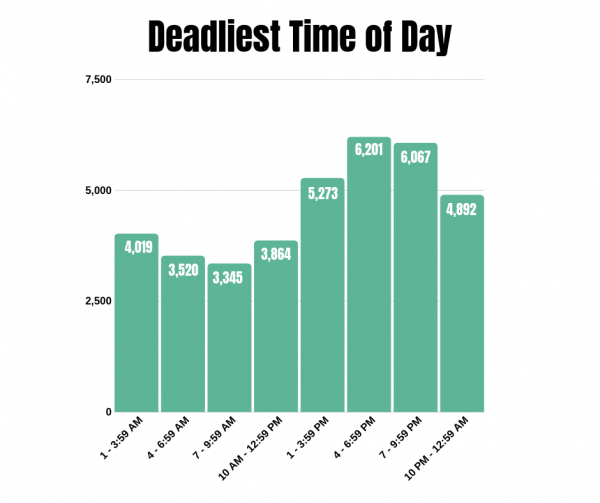 The most dangerous time of day to drive - unsurprisingly for many - is afternoon rush hour between 4 p.m. and 6:59 p.m. This is most likely due to more drivers being on the road and aggressive drivers rushing to get home or go shopping.

The second most dangerous time is right after evening rush hour from 7 p.m. to 9:59 p.m. During this time period the sun is either setting or it is completely dark, reducing visibility for many drivers still out and about.

The safest time to drive is actually between 7 a.m. and 9:59 a.m. - during the morning rush hour. Fewer cars on the road and calmer drivers makes for a safer trip.

Despite a decline in drunk driving over the last couple of decades, driving under the influence of alcohol still accounts for a large portion of fatal collisions. In 2016, this involved approximately 10,497 involved drivers with a blood alcohol level of .08 or higher, which is illegal in all 50 states.

In other words, 28 percent of deaths caused by crashes involved alcohol.

Drunk driving accidents tend to happen on the weekends at night. The top months for fatalities caused by alcohol-impaired drivers are May, July, and October, each of which features holidays when it is popular to consume alcoholic beverages.

On average, 29 people die every day in crashes caused by drunk driving. That's one person every 50 minutes.

With so many options available nowadays to get home safely, whether it's crashing on a friend's couch, carpooling or using on-demand transportation, there is no excuse when it comes to getting behind the wheel while intoxicated.

Speeding is an aggressive set of driving behaviors and is linked to 10,111 (27%) fatalities. Exceeding the speed limit and belligerent driving practices not only endanger a driver but everyone around them as well.

Speeding reduces a driver's vehicle control and increases the severity of a crash and injuries sustained.

According to the Federal Highway Administration, in fatal crashes among all age groups, more male drivers were speeding than female drivers. Males between the ages of 20 and 29 accounted for 21,356 fatalities from 2010 to 2016. 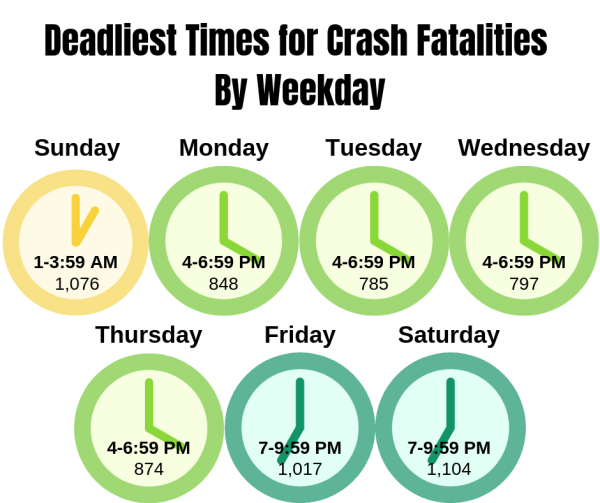 The graphic above narrows down the data and combines the deadliest times to driver per weekday. Fatalities are most common in the late afternoon from Monday to Thursday, then shift to late evening Friday and Saturday.

There's even some bleed over from Saturday night, the deadliest day overall for road users, into Sunday morning.

Staying Safe on the Road

Driving is a huge responsibility. We share the road with more than 268 million cars and countless tractor-trailers, motorcycles, bicycles, and pedestrians.

Shirking our shared responsibility puts others and our own lives needlessly on the line.

If you ever find yourself in a serious or catastrophic accident or lost a loved one due to a reckless driver, contact our lawyers at the Law Offices of Gary Martin Hays & Associates.

We'll protect your rights and ensure the at-fault driver's insurance company compensates you for your pain and suffering.