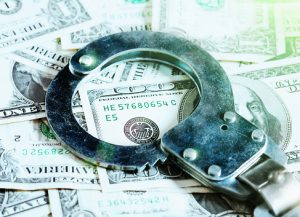 An Atlanta Food processing plant recently faced fines of $185,700 for 32 "serious" violations of federal rules set by the Occupational Safety and Health Administration (OSHA). The violations included blocked exits in hazard areas as well as chemical dangers. As the Star Tribune reports, OSHA indicated that workers were exposed to dangerous hazards including unsafe exposure to ammonia.

An experienced workers' compensation lawyer in Atlanta knows that when an employer fails to follow safety standards, the consequences for workers can be deadly. Unfortunately, it is very common for employers not to follow the rules and OSHA fines are generally too low to act as a real deterrent. As a result, the Occupational Safety and Health Administration will be increasing its efforts to ensure that employers who willfully violate safety rules face criminal prosecutions if a worker dies as a result. It remains to be seen whether this will actually occur or is just another public relations campaign.

Unfortunately, as the AFL-CIO report Death on the Job: The Toll of Neglect shows, fines are generally very low even for serious or willful violations of workplace safety laws and there are few criminal prosecutions. In 2012, the average penalty for a willful violation was $35,503 for an employer. However, this average doesn't reflect the true nature of penalties because there were some very high fines that skewed the number upward. The median penalty after the death of a worker was much lower, at $5,175 and the penalty for a serious violation was just $2,156. Even the maximum penalty of $7,000 for a serious violation is not necessarily likely to make an unsafe employer change its behavior.

With fines doing little to protect workers, the only real incentive to obey the rules would be if employers feared criminal prosecution for a failure to do so. The reality, however, is that they have little reason to be concerned. Since 1970, there have been around 390,000 worker deaths in the United States. During that time, a grand total of 84 criminal cases have been brought and a total of 89 months of jail time have been served.

Safety News Alert reports that OSHA is now increasing efforts to ensure employers are criminally prosecuted for willful and dangerous safety violations. OSHA will refer cases to be criminally prosecuted in cases where an employee dies and where the employer has falsified reports, lied to OSHA or willfully violated safety rules in a way that caused workers fatalities. Local district attorneys will still need to do their part to prosecute these cases after OSHA provides them with the information, but at least OSHA is making more of an effort to get the ball rolling on holding employers liable for worker deaths. Hopefully, the steps that OSHA is taking will make a difference and fewer workers will experience preventable deaths.