Home » Blog » Pedestrian Accidents: What Happens If a Car Hits You?

Pedestrian Accidents: What Happens If a Car Hits You? 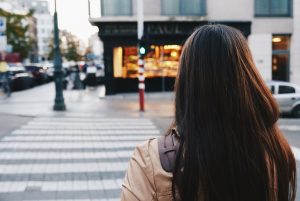 It's late at night. You're walking along the side of the road on your way home. You're tired and all you want to do is watch TV or sleep.

Without warning, the world around you turns bright and the metal hood of a car slams into your back and knocks you off your feet. The car that hit you from behind drives away, leaving you disoriented and in pain.

What do you do?

The above scenario is an example of a common pedestrian accident, many of which have become more frequent and deadlier in recent years.

Children, older adults, minorities, and people of lower socioeconomic status are the most affected, with children under 15 involved in nearly a third of pedestrian accidents.

Adults involved in a motor vehicle accident are often struck by the front bumper in the lower leg or pelvis region. The upper body, shoulders, and head are forced towards the hood or the windshield.

In low-speed crashes, an adult will either remain on the hood or be thrown backward, particularly if the car slams on its brakes.

High-speed crashes may cause a person's legs to go over their head before falling back onto the hood.

Greater speeds may cause a pedestrian to somersault onto the windshield, roof, or over/away from the vehicle after impact. Further injury may result from impacting other objects nearby or skidding across the ground.

The most common injuries sustained by adults after being hit by a car include bone fractures, knee injuries, and traumatic brain injuries.

Children involved in a pedestrian accident are most likely to sustain injuries to the head and neck.

Recent pedestrian crashes in Georgia include a hit and run in Butts County that has left a woman hospitalized for nearly a month and an accident that killed a prisoner while on work detail in Gwinnett County.

Another fatal pedestrian crash made national headlines after a woman was killed in a wreck involving a self-driving car created by Uber.

Overall, pedestrian deaths have increased by 46 percent since 2009 and nearly 6,000 pedestrians were killed in crashes in 2016. Tens of thousands more were injured.

So Why Are Pedestrian Fatalities and Injuries Increasing?

Researchers think they have the answer.

After examining all the potential factors -- personal, vehicle type, roadways, environmental conditions -- analysts found that fatalities skyrocketed in areas historically known to be dangerous for pedestrians.

People were more likely to be injured or hurt while walking in: 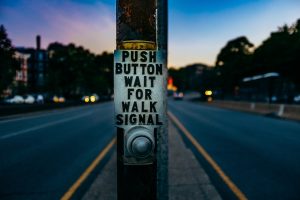 The reason so many people are injured along arterials is often because people would rather risk crossing busy lanes of traffic rather than taking a longer route to the nearest intersection.

There are several solutions to reduce pedestrian casualties and improve roadway safety.

More mid-block crosswalks for starters. These pathways would need to feature signage and a pedestrian-activated beacon to signal to drivers that they need to stop.

Curb extensions and median crossing islands would also help limit the distance people have to walk over busy streets.

Another obvious solution is to add more sidewalks rather than forcing people to walk on uneven terrain close to the road.

Both drivers and people on foot are more distracted today because of smartphones and other electronic devices than ever before.

One of the easiest ways to keep pedestrians and vehicle passengers safe is for drivers to reduce speed and stay focused on the road.

Better headlights and front crash detection systems (both of which are being implemented in the latest car models) will also help reduce pedestrian crashes and fatalities.

This is especially important for anyone who drives an SUV, van, or pickup truck. These types of vehicles pose a higher risk of killing or severely injuring pedestrians because of their high front ends.

Changing SUV and other large vehicles' front-end designs will reduce the likelihood of a car impacting a person's chest or head.

This hopefully never happens to you or anyone you know. But life is unpredictable and just one mistake or one reckless DUI driver can change everything.

Whether you've been hit by a car while walking, in a parking lot, or while legally crossing the street, our experienced legal team at Gary Martin Hays & Associates can show you what to do and how we can help cover your medical expenses.

Even if you or the person who hit you doesn't have insurance, we can work with you to create a roadmap to financial recovery.

So if you ever have to ask 'A car hit me, now what?' we're here to review your case and give you the best legal advice possible for your pedestrian accident case.