How a New Law Affects Tractor Trailers and Your Safety 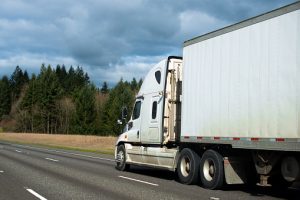 When a car slams into the side of a tractor trailer, the results are often deadly. A trailer sits higher off the ground, bypassing many vehicles' safety features and shearing off their tops. In some cases, victims are decapitated upon impact.

Federal statistics reveal that more than 200 people are killed in large truck underride crashes each year.

To solve the problem, a bipartisan bill, known as the Stop Underrides Act of 2017, has been introduced to Congress. If voted into law, it would require all large trucks to have front and side guards to prevent cars from sliding underneath them.

The bill was praised by Marianne Karth, who has been advocating for tractor trailers to implement side guards since her two daughters, AnnaLeah and Mary, were killed in an underride accident in Georgia in 2003.

All large trucks feature rear guards, something that has only been required since 1998 by the National Highway Traffic Safety Administration (NHTSA). The rear guards are also known as Mansfield bars, named after the film actress Jayne Mansfield, who died after the vehicle she was in crashed into the back of a tractor trailer nearly 50 years ago.

Many argue that the deaths resulting from side and front crashes between large trucks and passenger cars are preventable and that the trucking industry has had plenty of time to take action on its own.

In 2014, the National Traffic Safety Board (NTSB) recommended side protection in a non-binding announcement. The NHTSA -- which has the power to regulate -- initiated a research project in 2016 and said it is preparing to release the results of its study to the public soon.

The research will hopefully answer questions of cost and effectiveness, questions the Senate Commerce, Science and Transportation Committee are very much interested in as they review the bill.

According to the Governor's Office of Highway Safety, 182 people died in crashes involving large trucks in 2015. In 2014, 135 people were killed in tractor trailer accidents.

Nationally, more than 3,900 people have died and at least 111,000 were injured in tractor trailer accidents in 2015. Of those killed, 73% were in a personal vehicle, 17% were large truck occupants, and 10% were pedestrians, cyclists, and other non-occupants.

If you or someone you know has been hurt in a tractor trailer accident, you need an attorney who has experience dealing with the trucking industry. Call 770-934-8000 and the Law Offices of Gary Martin Hays & Associates will ensure that you receive the best care and legal advice available. The truck drivers will be calling their attorneys -- make sure you have someone who will fight for your rights as well.