Home » Blog » The Most Dangerous Vehicles on Atlanta Roads

The Most Dangerous Vehicles on Atlanta Roads 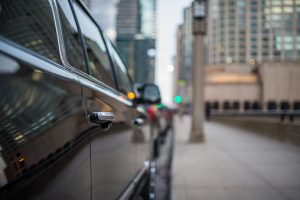 Every year, government agencies and consumer watchdog groups compile data about the safest - and least safe - vehicles on the road. By researching new vehicles before purchasing, drivers can protect themselves by both preventing accidents and reducing the severity of injuries sustained in a crash.

When Georgia motor vehicle accidents occur, a dedicated Atlanta attorney can help plaintiffs navigate the process. Most claims for damages will focus on the negligence of other drivers, though cases involving unsafe or defective vehicles can be attributed to product liability. Defective vehicle claims can be brought against the vehicle manufacturer and anyone in the chain of distribution.

The Least Safe Vehicles on the Roads of the United States

In general, vehicles are offering better protection with each new model year. CBS News reports that the odds of dying in an accident in a late-model vehicle fell a dramatic 41 percent just between 2008 and 2011. Vast improvements have been made in stability control for SUVs. Only a decade ago, SUVs suffered from a dangerous tendency to roll over.

New electronic stability control programs now combat this problem by strategically applying brakes to an individual wheel in order to prevent rollover accidents. This is just one of many examples of the dramatic improvements made to vehicle safety in recent years.

But of course, certain vehicles are still associated with fatal accidents. CBS reported data from the Insurance Institute for Highway Safety which showed the vehicle models with the highest fatality rates. The highest rates were found in the Kia Rio, Nissan Versa, Hyundai Accent and Chevrolet Aveo. It is worth noting that all these vehicles are classed as mini or small sedans. Smaller vehicles often offer less protection to vehicle occupants during a collision.

The Data on New Safety Features

SUVs are not the only vehicle to receive enhanced safety programs. Some of these improvements are the result of legal mandates. Airbags, for example, have been required since 1998. Despite the fact that side airbags are not legally required, many auto manufacturers have begun implementing them in order to offer customers protection beyond the legal minimum.

Some manufacturers are even offering creative supplements to airbags. Insurance.com reports that Ford has designed an inflatable seat belt, and Volvo has created a pedestrian airbag that is deployed over the windshield after a front-end impact.

Car buyers should carefully review consumer data and identify those vehicle models and safety features which best suit their needs. After an accident, an Atlanta car accident attorney can help injury victims assert their legal right to compensation.