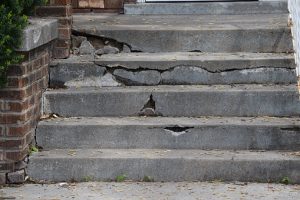 When most people think of the obligations a landlord has to tenants, their minds go to fixing broken appliances or plumbing in apartments and maintaining common areas. While landlords and property managers do have these duties, they also have other obligations under premises liability laws. For example, landlords and property managers have a duty to make sure they are keeping their tenants reasonably safe by providing adequate security and protection from rape, sexual assault, shootings and other forms of violent crime.

Property managers and landlords are not expected to protect tenants from every possible risk or to prevent all possible crimes which could occur in an apartment. However, they are obliged to take reasonable precautions to prevent foreseeable harm likely to result from security risks.

The specifics of what property managers and apartment landlords must do to prevent harm to residents and visitors to apartments will vary depending upon the crime rate in the area, a history of attempted crimes, and other similar factors. The property managers and landlords must provide a reasonably safe environment, including sufficient security to address the foreseeable risks of harm.

When a property manager, landlord, property owner or other individual or business responsible for providing safe conditions for tenants fails in its obligations, a lawsuit can be filed. Victims can sue with the help of a premises liability lawyer if they are hurt by violence. If there is a violent crime resulting in death, surviving family members of the victim can file a wrongful death case.

Parents of a chef who was killed in her apartment have now filed such a case, according to the Sun Sentinel. One year after the death of their daughter in her apartment, the parents have filed a suit against the property management company, the property owner of the building where their daughter lived, and a security company which was in charge of providing service to the building.

The parents claim the violent crime resulting in their daughter's death was facilitated by substandard security conditions. They allege the locks were not adequate to keep out intruders, the lighting at night was not sufficient to make the complex safe, and the other security measures were inadequate. If they are successful in proving their case, the defendants they have filed suit against could become responsible for compensating them for economic and non-financial losses resulting from their daughter's death.

Their daughter was killed in June 2014 when a neighbor broke into her home. Detectives found DNA evidence to show the crime was committed by her 15-year-old neighbor, who is now 16 and who is being tried as an adult for petit theft, premeditated murder, and armed burglary. The teen reportedly entered the victim's home through a sliding glass door in the kitchen. He then proceeded to steal the victim's wallet and to use a knife from her kitchen to stab her to death.

Whether the horrific crime was foreseeable as a result of substandard conditions remains to be seen as the parents move forward with their case.