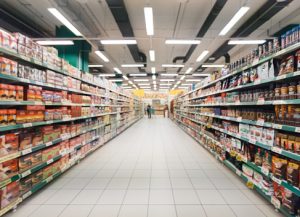 A grocery store shooting has resulted in a lawsuit initiated by the estate one of the victims killed in the shooting incident. The incident took place two years ago, and the family of the deceased and the grocery store have been involved in negotiations to try to resolve the case outside of court. No resolution was reached, and the estate of the victim is now the plaintiff in a wrongful death suit, with the goal of recovering compensation for the sons of the man who was killed.

According to the South Bend Tribune, the lawsuit brought against the grocery chain claims the grocery store had failed to take appropriate steps to prepare for a potential shooting and to respond appropriately in the event of an attack.

The shooting involved a 22-year-old who opened fire in the store. The attack went on for six minutes. The attacked had a .40 caliber handgun. He reportedly wandered the aisles of the grocery store for approximately 30 minutes before actually pulling the gun and beginning to shoot. He attracted the attention of an unarmed security guard as he was wandering the aisles, but the guard was not able to do anything. Evidence indicates the shooter had created a plan to kill himself but wanted to hurt others in the process.

After wandering the aisles, he pulled out his gun and shot one of the victims- a 20-year-old store clerk in the store who happened to have attended the same high school as him. However, police believe the attack was not targeted at this man specifically but the victims were just chosen at random. When the shooting began, a store manager ran towards the commotion and was held at gun point. The shooter also killed a 44-year-old who was shopping at the store. It is this man's estate which is suing the grocery store to obtain wrongful death damages for the two sons of the deceased. The lawsuit also seeks compensation for funeral costs, medical expenses, estate costs, and other related losses.

The wrongful death lawsuit alleges the grocery store should have been aware of the potential for a shooting to occur and alleges the fact the store was open at 10:00 at night created a responsibility on the part of the store to do something to protect its customers. The store was not able to stop the shooter, but police ultimately arrived and stormed the building, killing the shooter after the two victims had been killed.

Whether the grocery store will be held responsible for the act of violence or not depends upon whether the store was reasonable in the security efforts it undertook to protect patrons. This is a fact-specific inquiry considered in light of the risk of violence in the store environment, any past history of attacks, and the security measures which the store actually had in place.