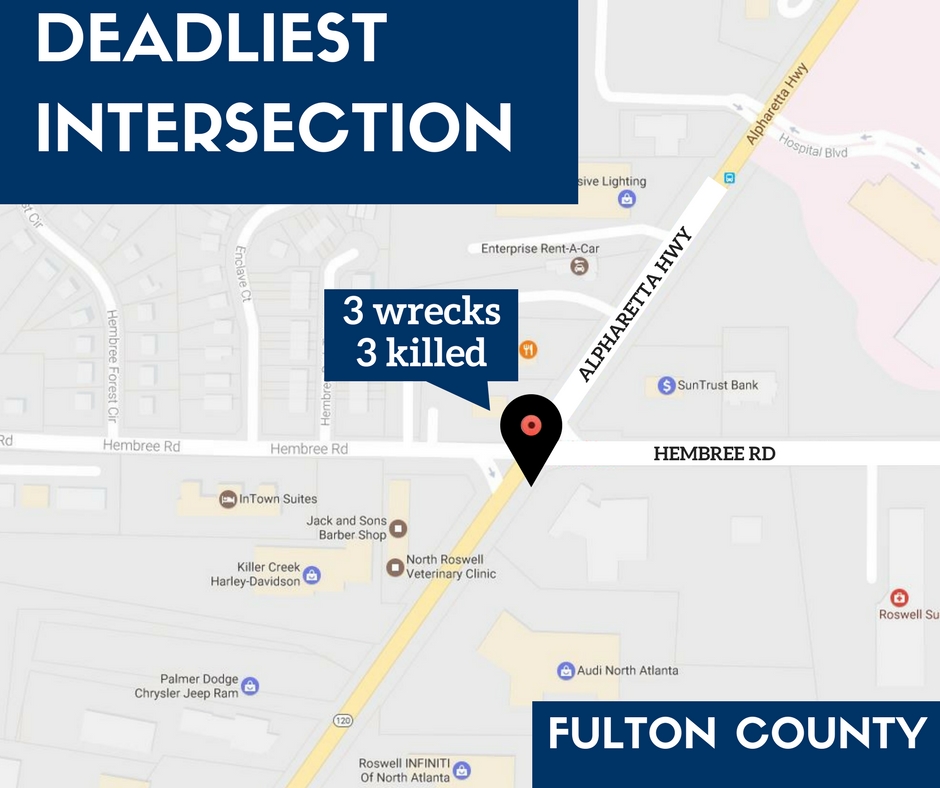 There are quite a few problematic roadways, as far as accidents go, but the number one deadliest intersection in Fulton County happens to be right in front of North Fulton Hospital at Hembree Road and Alpharetta Highway.

Other trouble areas in Fulton, according to the county's assistant director of transportation are:

The Atlanta Regional Commission, which studies traffic patterns, suggested that individuals driving in the suburbs are generally moving faster than in the congested streets of downtown Atlanta - and more prone to accidents.

The ARC's hypothesis might just be correct, as data shows that the third leading cause of car accidents in these area are due to speeding.

In 2014, Fulton County saw 55,833 crashes on its roadways, with speeding being the second leading cause.

If you've been injured in a car accident Fulton County, fill out our free case evaluation.