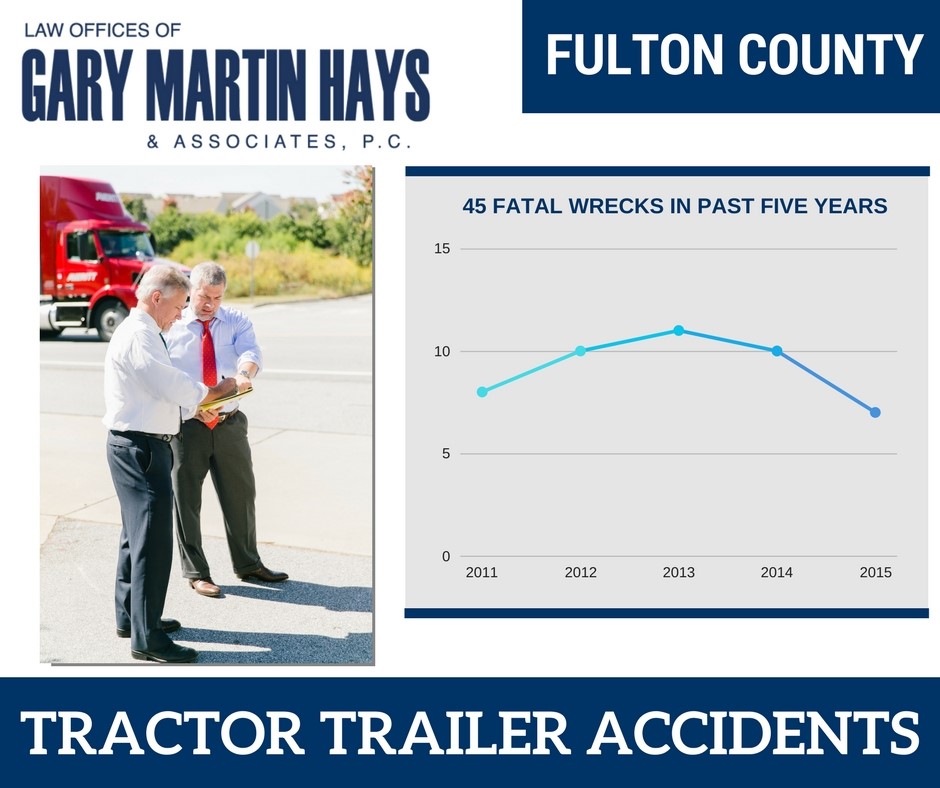 And with those numbers, there's an increase in traffic and the possibility of accidents.

Recent data, according to the Governor's Office of Highway Safety, shows that in 2014 there were 55,833 total crashes, with 14,373 injuries and 77 deaths. In 2015, according to stats provided by the National Highway Traffic Safety Administration, there were 104 deaths.

From 2011 to 2015, the National Highway Traffic Safety Administration discovered that 46 fatal deaths in Fulton County resulted from large truck crashes.

Five teenagers were killed when their car collided with a semi-tractor trailer.

Please note this accident is still under investigation and fault has not been fully determined.

Here are some facts you need to know about truck accidents:

There are a ton of commercial trucks that travel through Atlanta annually - 150 million tons to be exact. And, that number is growing.

As population and jobs continue to grow in places like Fulton County, the Atlanta Regional Commission predicts a 76 percent increase in the amount freight travel around the region by 2040.

So, what can you do to protect yourself from a truck accident:

Remember they cannot stop on a dime so don't pull in front of one and assume they can safely stop in time.

If you can't see the driver's mirrors, chances are he can't see you.

If you've been injured in a truck accident in Fulton County, fill out our free case evaluation.