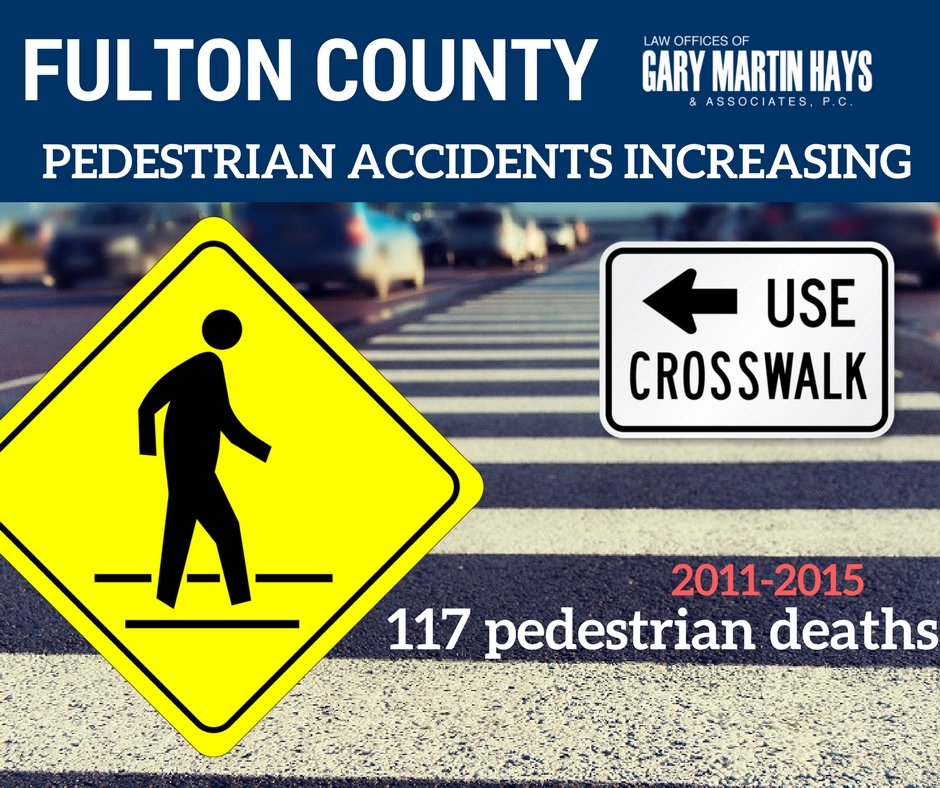 And with those numbers, there's an increase in traffic and the possibility of accidents.

Recent data, according to the Governor's Office Highway Safety shows that in 2014 there were 55,833 total crashes, with 14,373 injuries and 77 deaths. In 2015, according to stats provided by the National Highway Traffic Safety Administration, there were 104 deaths.

Among the factors for fatality resulting from car accidents were pedestrian deaths. (hyper link)

From 2011 to 2015, the National Highway Traffic Safety Administration discovered that 117 pedestrian deaths in Fulton County resulted from vehicle accidents.

NHTSA also reported that in 2015, pedestrian deaths saw a 10 percent increase. The number one cause for pedestrian fatalities?

Failure to yield right of way to pedestrians.

With that startling statistic in mind, here are some safety tips to remember when walking:

And for drivers, please pay attention at all times!

If you've been injured in a car accident Fulton County, fill out our free case evaluation.