A woman died recently in a Georgia trucking accident wherein a dump truck crossed the center line on U.S. 17 near Brunswick, smashing into her Jeep and causing it to overturn. The crash occurred on a Wednesday afternoon, shortly after rush hour, according to the Florida Times-Union. Traffic homicide investigators are still piecing together what happened. What we do know is that this tragedy is indicative of a larger, troubling upward trend in Atlanta, throughout Georgia and across the country. Fatal trucking accidents aren't lowering their numbers any time soon. 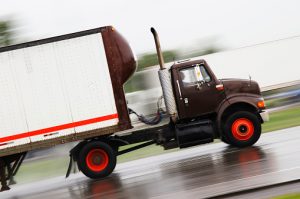 Data recently released from the Federal Motor Carrier Safety Administration (FMCSA) reveals an 8 percent increase in the number of large trucks and buses involved in fatal crashes from 2014 to 2015. While the number of these collisions spiked by 26 percent from 2009 to 2015, the latest figure is still 18 percent lower than when it reached its 21st century peak in 2005, when there were 5,231 large trucks and buses involved in deadly accidents. A "large truck" is defined as any vehicle with a gross vehicle weight rating over 10,000 pounds. The damage from a collision with something of that size is catastrophic.

This trend mirrors what is being reported by Georgia authorities to the National Highway Traffic Safety Administration (NHTSA), though we have seem a far more substantial year-over-year increase.

Nationally, of the estimated 415,000 large truck accidents that were reported to police, approximately 1 percent (or 3,600) were fatal and 20 percent (around 83,000) resulted in some type of personal injury.

While we tend to think of the worst trucking accidents as primarily occurring on high-speed highways, the FMCSA's data indicates most deadly truck crashes (60 percent) happen on rural roads. About a quarter occur on highways.

The impact of a truck crash alone was enough to result most fatalities, about 4 percent involved the vehicle overturning, just like what occurred in the aforementioned crash.

Three-fourths of those killed were occupants of other vehicles - not the truck.

As far as the catalyst for these crashes, the NHTSA reports that while drivers of large trucks were less likely than passenger vehicle drivers to have previously-recorded crashes and suspensions, those who did were more likely to be involved in crashes. Approximately 1 in 5 truckers involved in deadly accidents had at least one prior speeding conviction.

When the negligence of a truck driver causes serious injury to others, our attorneys help you recover damages. Contact us for a free case evaluation today if you or a loved one has been involved in a fatal accident. We can help, and we mean business.