Home » Blog » Distracted Driving Accidents On the Rise in Georgia

Distracted Driving Accidents On the Rise in Georgia 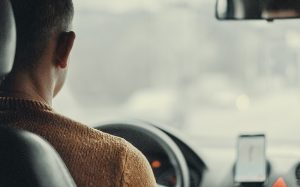 As of the writing of this post, the current number of Georgia roadway fatalities for 2018 sits at 353 and looks to be on pace to equal last year's fatality numbers.

Highway fatalities and car accidents have risen over the past three years and Georgia led the nation in auto insurance premium increases in 2016. The number of people injured by distracted driving has jumped 181 percent in the last five years.

Who or what is to blame? According to the experts, drivers distracted by electronic devices.

Current laws on the books for those 18 and under with a learner's permit prohibit youths from using wireless devices while driving. All adults are prohibited from texting while driving.

Law enforcement officials say they cannot enforce the ban since they cannot tell if someone is texting, or looking up GPS directions or making a phone call (which are permitted).

Families who have lost loved ones because of distracted driving say the current laws do not do enough to protect innocent drivers, passengers, and pedestrians from harm.

New legislation hopes to curb this trend before it grows worse.

In conjunction with April being Distracted Driving Awareness Month, House Bill 673 seeks to amend Title 40 of the O.C.G.A (Official Code of Georgia) to restrict activities which take a driver's concentration from the road.

Fifteen other states have similar "hands-free" laws and have already seen reductions in roadway crash fatalities. Hands-free means holding an electronic device (phone, music player, handheld gaming device, etc.) with any part of the body, including the shoulder or lap.

The bill is likely to be signed into law by Governor Nathan Deal or automatically become law on July 1, 2018. The new law is meant to be clear and enforceable.

Fines range from $300 or more depending on whether it is a person's first offense and how negligent they were while driving.

Drivers who are ticketed for driving distracted will face an increased penalty from 1 point against their driver's license to 6 points. Drivers with 15 points in a 24-month period lose their license. 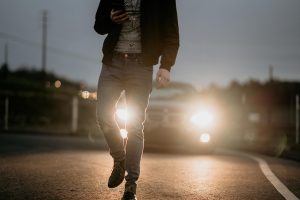 Nearly all crashes are a result of some form of driver distraction. Any activity that takes a person's focus away from the road (eating, talking to passengers, fiddling with the radio, etc.) increases the possibility of a crash.

Distracted driving is an underreported issue -- many of us know it's wrong but don't want to admit it to the authorities or the insurance company. The data, however, doesn't lie. Fatalities rose nationwide by 14 percent between 2014 and 2016.

The CDC estimates that each day in the U.S. an average of nine people are killed and more than 1,100 people are injured in distracted driving accidents.

Of the accidents where at least one driver admitted to having been driving distracted, 62 percent were not wearing seatbelts and 69 percent had failed to maintain their lane.

Sixty percent of distracted driving accidents were single-car crashes where the car drifted into another lane or hit a tree, culvert, or bridge.

How to Reduce Distracted Driving

There are three types of distractions:

You should also make sure everything in your car is secure before driving. If friends are trying to show you videos, children are screaming, or pets are distracting you, ask them to be considerate of you as the driver or pull over to a safe area until the issue has been settled.

The best option to avoid causing a distracted driving accident is to have both hands on the wheel, with eyes looking straight ahead.

Need a distracted driving accident attorney? Give us a call at 770-934-8000! Our phone lines are always open to help answer your legal questions.