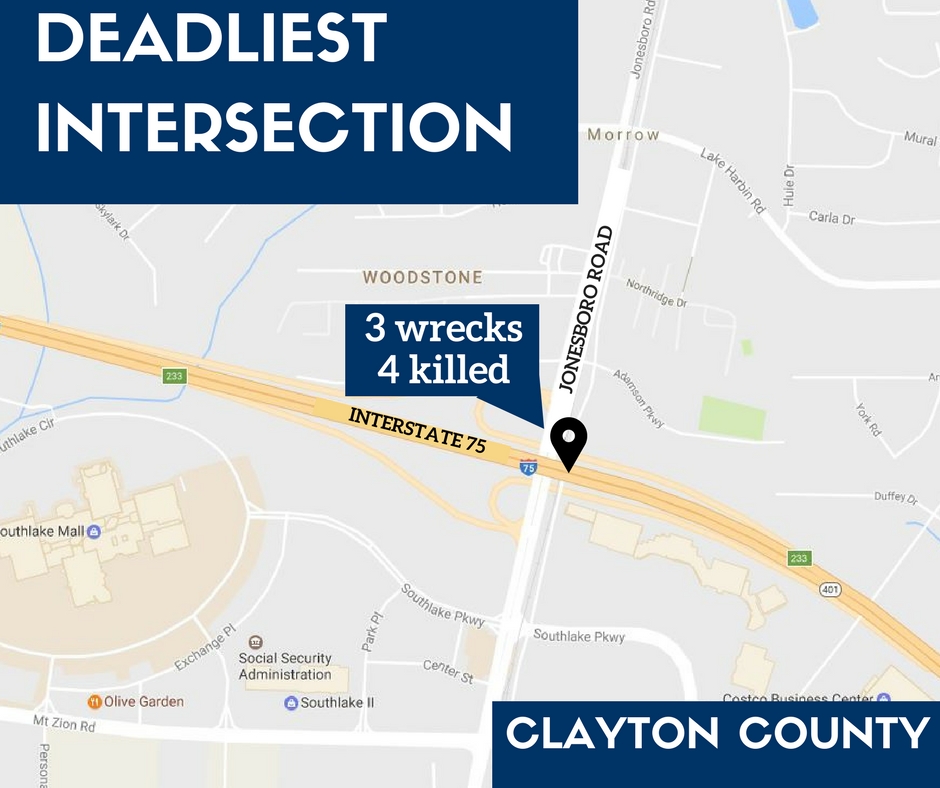 Clayton County is located in the north central portion of Georgia with a population of 267,542. The county itself is seeing a steady growth in population.

So, where are the most dangerous intersections located?

There are quite a few problematic roadways, as far as accidents go, but the number one deadliest intersection in Clayton County is where I-75 meets Jonesboro Road.

According the National Highway Traffic Safety Association's most recent data, there were 3 wrecks with four killed at this location from 2013 to 2015.

Other dangerous intersections in Clayton, according to insight provided by the Atlanta Regional Commission are:

So, why could these intersections be seeing such a high volume of incidents in Clayton?

The Atlanta Regional Commission, which studies traffic patterns, suggested that individuals driving in the suburbs are generally moving faster than in the congested streets of downtown Atlanta - and more prone to accidents.

If you've been injured in a car accident Clayton County, fill out our free case evaluation.