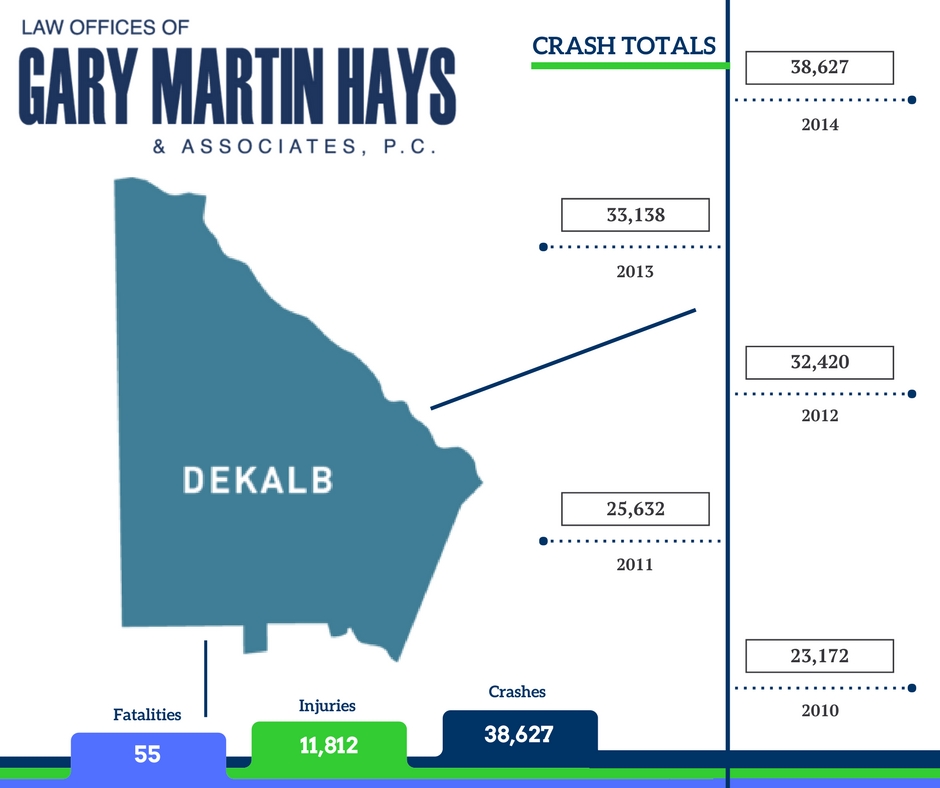 Dekalb County continues to see an increase in car accidents over the years.

These increases could be caused by a variety of reasons.

The Atlanta Regional Commission speculates that population increase and commute into regions of Atlanta plays a role.

The daily vehicle miles traveled by Dekalb County residents in 2014 was 21,785,154. According to the ARC, there is a continued increase of commuter traffic through suburban areas in Dekalb.

With more traffic in suburban areas, there more incidents (Most Dangerous Intersections).

So, how can you make a difference?

If you've been injured in a car accident in Dekalb County, fill out our free case evaluation.

Top 3 things you must prove to win your personal injury case: