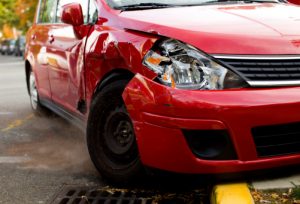 Recent data released by the National Highway Traffic Safety Administration reveals that traffic accident fatalities have, once again, continued to rise across the United States. While traffic accidents may seem to be an unavoidable risk of travelling on the roads of Atlanta, the reality is that drivers can take simple safety precautions to reduce their risk of being involved in a traffic accident. Such precautions can also reduce the severity of injuries which are sustained in an accident. And when accidents do occur, injury victims have legal rights which must be protected.

The Statistics on Traffic Fatalities in the United States

The Washington Post reports that United State traffic fatalities hit an all-time low in 2011. This was a result of fewer vehicles being on the road after the economic crash of 2008. Fewer vehicles were driven, and fatalities rates declined between 2008 and 2011. Unfortunately, traffic fatalities have been steadily climbing ever since. The National Highway Traffic Safety Administration reports that more than 37,000 fatal injuries were sustained on the roads of America in 2016. This was an increase of 5.6 percent of the number of fatalities in 2015. Now, in 2017, more than eighteen thousand people died on the roads of America between January 1 and June 31. These figures put America on pace for as many - or more - traffic fatalities in 2017 as were experienced in 2016.

Speeding is a significant predictor of fatal injuries. The World Health Organization reports that an injury victim is 20 times more likely to die in an impact at 80 kilometers per hour than impact at 30 kilometers per hour. Reducing speed is more than a simple safety precaution. It is also a legal obligation under Georgia law. Section 40-6-180 of the Georgia Code prohibits drivers from traveling at a speed greater than is reasonable and prudent under the conditions and having regard for the actual and potential hazards then existing. Violation of this statute subjects a driver to not just a traffic citation, but civil liability, as well. A driver who violates a traffic statute will generally found to be legally responsible ("liable") for any accident that occurs as a result. Liability also means the driver is legally obligated to compensate all injury victims for their financial losses.

Seat belt use is also highly effective at reducing the severity of injuries sustained in a traffic accident. Dozens of studies over many decades have proven that failure to use a seat belt increases the likelihood that traffic accident injuries will be fatal. The Centers for Disease Control and Prevention reports that seat belt use saved an estimated 64,000 lives between 2011 and 2015. Seat belt use is more than a good idea: it is also required by Georgia law. (See Section 40-8-76 of the Official Code of Georgia.)

If you or a loved one has been injured in any type of traffic accident, it is important to contact an experienced Atlanta car accident attorney as soon as possible. An injury attorney will work to hold negligent drivers accountable to ensure that more innocent victims are not hurt on the roads of Georgia.