Home » Blog » Atlanta Nursing Home Under Investigation For Abuse Claims, How To Protect Your Loved Ones

Atlanta Nursing Home Under Investigation For Abuse Claims, How To Protect Your Loved Ones 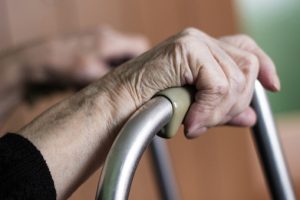 With my own mother currently in a nursing home, I cannot imagine the horror that one family had to endure when they discovered that their 77-year-old mother had suffered a traumatic event within a nursing home facility in Snellville, Georgia.

I can't imagine arriving to the hospital in mid-April, as this family did, to discover their mother had a three-inch head wound, a bedsore to the bone and poor hygiene.

And, my heart goes out to this family in hearing of her passing on April 29.

Sadly, I am not surprised of the ongoing investigation now being conducted, and rightfully so, against the nursing home facility for the alleged neglect.

After hearing of the Federal Bureau of Investigations joining the Snellville police in the investigation, I wanted to take a look at the facility's ratings. Information such as this can help a family avoid what the family is having to cope with at this time.

According to Medicare.gov, the accused nursing home facility, New London Health Center, has a below average overall rating with noted poor staffing and health issues.

According to a report by the US Dept. Of Health and Human Services, 90% of U.S. nursing homes are staffed at levels too low to provide adequate care.  And, there is certainly an on-going investigation to determine if that is the case at New London Health Center.

The National Center on Elder Abuse estimates that 1.5 million Americans age 65 or older have been injured or abused by someone on whom they depended for care or protection.

These alarming statistics demonstrate how critical it is to research a facility before choosing a nursing home.

Here are five things to consider when selecting a nursing home: