Atlanta To Receive Millions to Reduce The Chances of Pedestrian Accidents 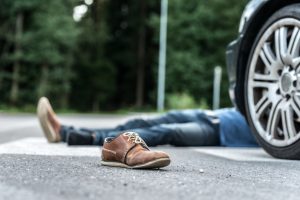 Atlanta may soon be getting an influx of federal funding to help make the streets safer for bicyclists and walkers. According to the Atlanta Journal-Constitution, the city is in line to receive $7.8 million in federal funding to pay for improvements to roads designed to make them more friendly to bicycle riders and pedestrians.

When Atlanta receives the federal monies, there are currently several projects aimed at reducing the chances of bicycle crashes and pedestrian accidents. Not only is the goal to make the roadways safer, but it is also to make streets throughout the city more inviting for people who want to bike and walk.

The federal funding which will be provided to Atlanta is slated to pay for improvements on Juniper Street. There will also be work done to improve safety and pedestrian mobility in Midtown, on Spring Street, and on U.S. 19. Finally, the last project is to retrofit Martin Luther King Jr. Drive in order to make it a complete street. Complete streets are roads that take into account not just the needs of drivers, but also the needs of pedestrians, bicycle riders, and providers of mass transit services.

An ordinance on the Utilities Committee Agenda in June authorized the mayor of Atlanta to accept the Federal Transit Administration grant so Atlanta could receive the money and begin moving forward on its efforts to make roads safer for walkers.

Atlanta is one of many locations throughout the United States which is making a dedicated effort to try to design roads not just for cars, but also for walkers and bicycle riders as well. The Federal Highway Administration has been encouraging states to focus on efforts to create active transportation networks to "incorporate safe and convenient walking and biking facilities into transportation projects." As the FHA indicates: "Almost every transportation improvement is an opportunity to enhance the safety and convenience of walking and bicycling. Bicycle and pedestrian needs must be given 'due consideration' under Federal surface transportation law (23 U.S.C. 217(g)(1))."

Improving conditions for walkers and bicycle riders is important because an increasing number of people are choosing to commute using these methods rather than cars. Walking and bicycle riding have health benefits. There are also environmental benefits, as walking and bicycle riding can reduce traffic congestion and pollution. The federal government, local governments, and individual cities like Atlanta should be doing everything possible to encourage and protect riders and walkers. Atlanta's new projects, paid for by the influx of federal money, will hopefully help to make a difference in the pedestrian experience in the city.