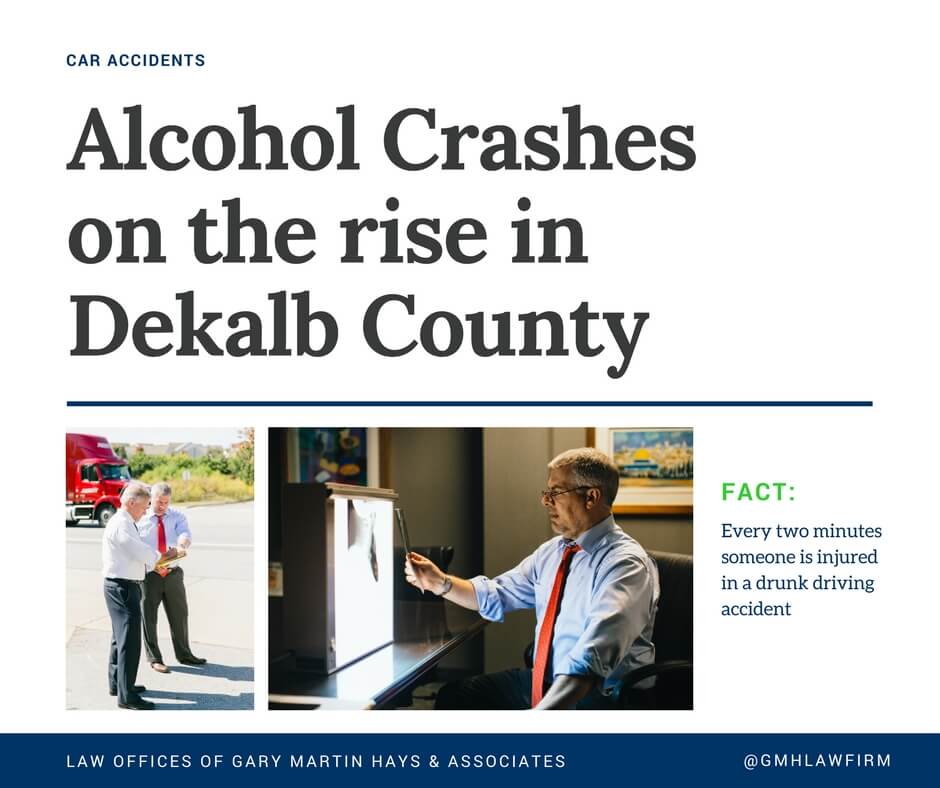 Alcohol related crashes are a concern for DeKalb County residents. It's the second leading cause of fatalities, according to data released by the Governor's Office of Highway Safety.

Here's a sobering statistic: every two minutes a person is injured in a drunk driving accident.

If someone calls my office because they were injured by a drunk driver, we pursue two things- compensation and punishment.

And the punishment we seek is in the form of punitive damages. These are damages designed to PUNISH a driver for their bad conduct and to DETER them from repeating it.

When we investigate the cases, we ask:

If you've been injured in a drunk driving accident in DeKalb County, fill out our free case evaluation.