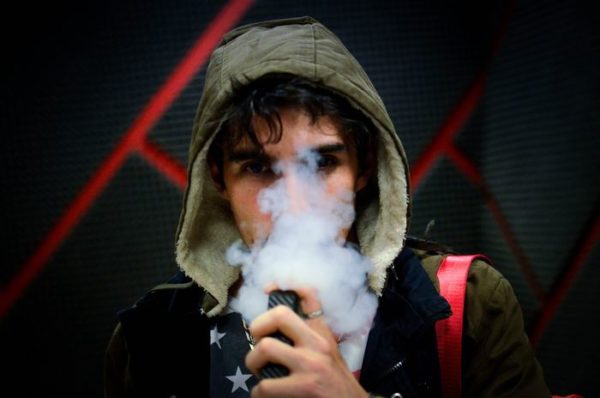 Marketed as the slick new alternative to cigarettes, vaping has surged in popularity among teens and young adults. But this surge has come with serious consequences, including lung injuries and death.

A vape is an alternative name for e-cigarette products. E-cigarettes may also be referred to as “e-cigs,” “e-hookahs,” “vape pens,” and “electronic nicotine delivery systems (ENDS).” They can be designed to look like real cigarettes, cigars, and pipes, or everyday items such as USB flash drives and pens.

E-cigarettes are battery-powered devices that heat the internal liquid of a replaceable cartridge into a vapor, which can then be inhaled. The vapor may contain nicotine (an addictive drug), flavoring, marijuana, hash oil, or other substances.

Do E-Cigarettes Help You Quit Smoking?

Vaping has been touted as an alternative for adult smokers who are not pregnant to use as a substitute for regular cigarettes and other tobacco products. Scientists are still on the fence as to whether vaping benefits some people and helps nicotine addicts quit smoking. Additional research is needed to understand long-term health effects.

E-cigarettes are considered unsafe for children, teens, pregnant women, and those who do not currently use tobacco products. If you have never smoked or vaped, don’t start.

Currently, the FDA does not recognize e-cigarettes as a method to quit smoking. Juul and other e-cigarette makers have also been warned by the FDA to stop saying that vaping is safer than smoking.

Are E-Cigs Regulated By the FDA? 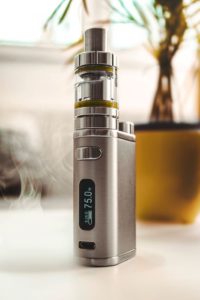 The FDA started regulating the manufacture, import, packaging, labeling, advertising, promotion, sale, and distribution of ENDS (not including accessories) in 2016. The American Lung Association is pressuring the FDA to require diacetyl (a chemical that when inhaled can result in “popcorn lung,” a disease that causes scarring and narrowing of the lungs’ airways) to be removed from the liquid, along with other harmful chemicals.

Addiction via vaping depends on the type of cartridge a person uses. Some may not contain any nicotine; other containers may contain up to 16 mg of nicotine or more. A typical cartridge has enough fluid for about 250 “puffs.”

Users who vape the entire day are called “chain vapers.” Constantly vaping can make it more likely that an individual will experience serious side effects because their body cannot process the nicotine fast enough.

Vaping also seems to be leading many, especially young people, to start smoking. Nicotine is particularly dangerous for kids and teens because their brains are still developing.

Vape users have reported issues such as chest pain and tightness, increased heart rate (tachycardia), dizziness, and burning sensations in the lungs. Other e-cigarette side effects may include:

There could be a few reasons for the variety of symptoms. Nicotine is a stimulant that can cause an increase in blood pressure, causing symptoms to resemble a heart attack. Users may also not realize they are having an allergic reaction to the nicotine or flavors in the e-liquid. Some symptoms may also occur due to withdrawal.

Vapers are also at risk of inhaling toxic metals like lead and, if they vape every day, doubling their chances of a heart attack. “Dual users,” people who vape and smoke, increase their chances by nearly five times as much.

The number of calls to poison centers involving e-cigarette liquids containing nicotine has been on the rise. Most of the calls are due to small children ingesting or touching liquid from vape cartridges. The cartridges are not childproof and may appeal to children because the liquid comes in candy and fruit flavors.

Adults exposed to vape liquid can also suffer from nicotine poisoning if they ingest it or get it in their eyes.

Signs You May Have a Vaping-Related Illness

The illness can affect users of both nicotine and cannabis e-cigarettes. Experts believe the chemical vitamin E acetate, an ingredient found in canola, soy, and corn oil, may be to blame. Vitamin E acetate requires high temperatures to vaporize. But some vapes are set at lower temperatures.

This means the vitamin E oil in the liquid may not have completely atomized before being inhaled, causing a build-up in the lungs and leading to rare forms of pneumonia.

Here are the signs and symptoms you should be on the lookout for if you vape:

Vaping related lung illnesses have led to hospitalizations, medically-induced comas, and even deaths across the United States. Some vapers’ lungs were so irreparably damaged they had to be placed on life support because they could not breathe on their own.

Defective E-Cigarettes Can Cause Injuries

Another risk that comes with using vape products is a defect which can cause them to explode or catch on fire. Most explosions happen when the e-cigarette batteries are being charged, most likely due to faulty batteries or malfunctioning chargers. E-cigarette explosions can result in serious injuries and burns.

Vaping Injuries and Deaths in the News

What to Do If You Are Hurt By an E-Cigarette

E-cigarettes have become a health hazard for many users and those around them. Many vapers quickly become addicted or continue to vape due to immense peer pressure.

Gary Martin Hays & Associates can help those who have been injured by Juul and other e-cigarette products. Give us a call at (700) 934-8000 or contact us online for a quick consultation regarding your case.

We can help get you the medical and financial coverage you or a family member or friend needs while they are being treated for a vaping injury.

I Was Injured in a Crash With a Rideshare Driver. What Are My Legal Options?