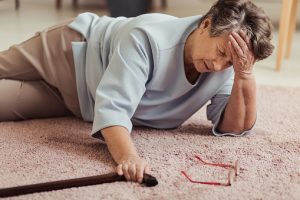 A disturbing exposé series by the AJC called “Unprotected” examines the dark side of senior care facilities in Georgia. Reports of nursing home abuse and neglect, sexual assaults, and suspicious deaths are routinely ignored, underreported or covered up by staff or managers.

Neglecting the elderly is a crime but police and prosecutors were not notified in 40% of abuse allegations recorded by the Georgia Department of Community Health. When questioned, the DCH said it is up to the facilities where the abuse occurred to notify law enforcement.

So the crimes continue, leaving elders bruised, battered, and traumatized. Deaths that may be linked to abuse or neglect in assisted living facilities and personal care homes go unrecorded.

Here are just a few of the tragic stories uncovered:

Elder abuse, neglect, and exploitation in personal care facilities, assisted living, and nursing homes were not recognized as crimes in Georgia until 2013. Such crimes are now considered felonies, the law spelling out who is required to report elder abuse to law enforcement and DCH.

Few people, however, who are required by law to report elder abuse are ever held accountable. Managers and employees of long-term care facilities are supposed to report an incident to the DCH within 24 hours, but some homes delayed saying anything for weeks.

This can seriously impact an investigation. Memories fade and information is lost or buried.

Another problem is that police and nursing home staff are not trained to recognize abuse. Pat King, a forensic nurse, heads a special unit in the Department of Human Services’ Aging Services working to change that.

More than 3,500 workers and police officers have received training and communication is being improved through new local elder abuse teams in police stations and social service agencies.

More and more people are entering their 80s and 90s, many with chronic conditions who require intensive care. Staff, most undertrained and overworked, are unable to handle the demands of the work.

Adding to the crisis is the lack of nurses. Assisted living and personal care homes aren’t required to hire them.

Many facilities are run by for-profit companies who are incentivized to keep their costs low. Without oversight, they continue to understaff their senior care centers and ignore or suppress issues of abuse and neglect.

What to Do If You Suspect Elder Abuse or Neglect

No matter how nice a facility or its amenities appear, mistreatment and improper care can still occur.

If you suspect abuse, do not wait for supervisors or other authorities to report the problem. Go to the police and your local ombudsman directly. Then call Gary Martin Hays & Associates to review your rights and legal options.

You are your loved one’s best advocate. But the law can be confusing and the nursing home may be ignoring your calls. Our personal injury lawyers have handled many nursing home abuse and neglect cases over the years. We know the system and can fight to protect your loved one.

If your loved one passes away due to their injuries or mistreatment, we can help you file a wrongful death lawsuit and hold those responsible accountable.

These cases should never happen. Our elders deserve dignity and care during their twilight years.