Statute of Limitations After a Sexual Assault on Business Property 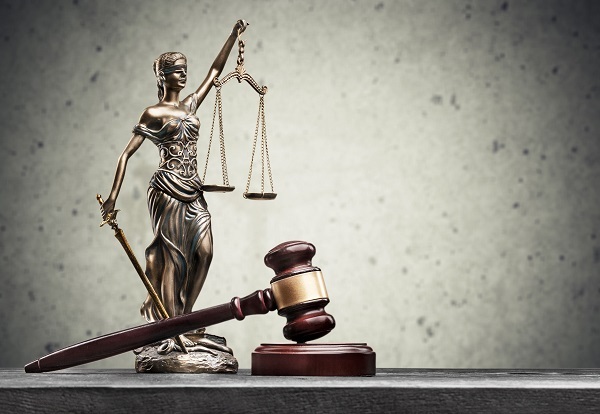 Sexual assault, rape, and other sex crimes are not limited to personal dwellings or social gatherings. They can happen anywhere, at any time.

Because of this, property owners are supposed to do everything reasonable to secure their locations. This legal obligation ensures that businesses implement safety measures to protect customers, tenants, and other lawful people entering the premises.

Reasonable security measures may include installing a gate, setting up cameras, maintaining adequate lighting, performing background checks on potential employees, and hiring a security guard. If there are reports of sexual assaults, robberies, or other criminal activity in the area or on their property, business owners have a duty to be both aware and responsive toward the issue.

When a business fails to provide adequate security and this failure allows for someone to be injured due to a rape or sexual assault, that business may be held liable for damages.

Statute of Limitations for Sex Offenses in Georgia

The deadline for filing a sexual assault claim in the state of Georgia depends on the type of offense and the age of the victim. The Official Code of Georgia Annotated (O.C.G.A.) contains an expansive list of laws, terms, and punishments related to sex crimes.

Different provisions and exceptions apply to victims younger than 16 at the time of the assault.

What Kinds of Businesses Can Be Held Liable for Sexual Assault?

Nearly any kind of commercial property or location can be held liable for poor security conditions that led to a sex crime. The most common industries where sexual assaults occur include:

Other industries included in the study were professional services, administration, transportation, finance and insurance, and construction.

Women are at higher risk for sexual harassment and assault when going about their lives. Gender biases and power imbalances within the workplace can increase this risk for female employees.

Many victims of sexual assault fear retaliation and losing their livelihoods. This is a valid concern and one that should be discussed with an attorney who specializes in protecting the rights of sex crime victims.

Most Victims of Sexual Assault Are Not the First

Women make up the vast majority of sexual assault victims. At least 1 in 6 women have experienced unwanted sexual contact or violence during their lifetime, often more than once.

When a person assaults someone in a public place of business due to a lack of security or concern, a place where they should have felt safe, they deserve justice.

Coming forward to speak to an attorney about a sexual assault can feel overwhelming. However, this brave act may reveal a pattern of negligent behavior by a commercial property owner. There may have been prior victims assaulted and injured due to poor security or a cover-up. By bringing a negligent security claim against the business, it may prevent the same tragedy from happening to someone else and give closure to previous victims.

While the criminal justice system pursues charges against the defendant for their criminal acts, a Georgia sexual assault lawyer can help a victim pursue civil remedies against both the criminal and other responsible parties.

A victim’s life is often forever changed after the attack. Many endure long-lasting trauma and emotional challenges such as:

When our law firm gets involved in a sexual assault case, we investigate why the criminal act was ever allowed to happen on the premises in the first place. In addition to the attacker, we go after whomever’s negligence made it possible for the assault to occur.

Parties that can be held responsible include a property owner, security companies that failed to implement the proper precautions, or managers that heard rumors of disturbing behavior by an employee but did nothing about it.

Damages are what you are entitled to based on the physical and emotional harm suffered during and after the sexual assault. Where a criminal case seeks to punish the defendant with prison time, a civil suit seeks to compensate the victim with a monetary award. Compensation can help cover medical treatment, mental health services, lost wages, pain and suffering, and emotional suffering.

Standing up to your sexual attacker and the place of business that allowed them to carry out their assault is hard. At Gary Martin Hays & Associates, we understand it takes strength for our clients who have suffered a sexual assault to come forward. We want you to know that we are here for you — our job is to act as advocates and hold those in power accountable for their wrongdoing.

Businesses that allow negligent security, negligent hiring, negligent training, or negligent supervision are responsible for the consequences and injuries suffered by others. Our team of professional and compassionate attorneys stand up to big institutions and fight to ensure sexually abused victims are heard.

We understand this is a sensitive issue. Know that any discussion of your situation and what happened to you is protected by attorney-client confidentiality, whether or not we end up representing you.

You deserve justice for what happened to you. Contact us for help today. Call (770) 934-8000 or get started by chatting with one of our online assistants.

Please understand that a variety of factors can potentially limit or completely bar a claim if you do not act in a timely manner. This information is general in nature and the facts of your specific claim could certainly change deadlines. Therefore, we suggest that you call us as soon as possible to discuss your claim.