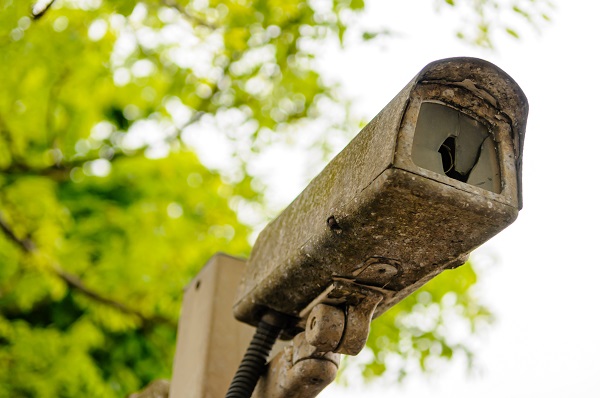 According to an in-depth AJC investigation earlier this year, tens of thousands of residents in many apartment complexes across Atlanta are at risk of violence at any given moment.

Incentivized by corrupt and callous business models, negligent property owners and investors have let many apartment complexes fall into ruin. They raise rent while performing only basic cosmetic renovations and spend the bare minimum on security and maintenance.

Many families are trapped, unable to afford the cost of moving out. The ones who do manage to get out of their run-down apartments often encounter the same conditions elsewhere due to a lack of affordable housing.

More than 250 apartment complexes were determined to be “chronically dangerous.” Residents routinely face violent crime while living amidst horrific conditions.

Most of the shootings, robberies, assaults, and other crimes at these complexes are committed by people who don’t live on the neglected properties. Trapped residents can only wait inside their homes, terrified of becoming the next witness to or victim of a crime.

Out of the more than 250 most dangerous apartment complexes, 162 accounted for 20% of homicides in Metro Atlanta.

A Closer Look: The Life at Greenbriar

One of the Atlanta apartment complexes examined by the AJC was The Life at Greenbriar. This ragged congregation of 376 apartment units sits on Campbellton Road in southwest Atlanta. Its residents and others called the police more than 4,100 times between 2017 and 2021. A third of the calls reported shootings, armed robberies, violent fights, and rapes.

Under the management of a private equity firm based in New York, The Life at Greenbriar’s physical condition was allowed to deteriorate and fester. The property’s gate often does not close, the children’s playground was vandalized with gang symbols, security cameras failed at critical moments, and the rare private security patrols were ineffective.

Criminologists and law enforcement officials say that sort of disregard for a property’s health helps foster a place where the criminal element feels welcomed.

(The Life of Greenbriar was recently bought and rebranded as The Hills @ Greenbriar.)

Why Are So Many Apartments Allowed to Deteriorate?

Georgia’s tenant-protection laws are among the weakest in the nation and are heavily weighted in favor of property owners. Yet a landlord's responsibility to their tenants is vaguely defined. All they have to do is “exercise ordinary care” to keep their properties safe.

Ordinary Care: A “degree of care which is exercised by ordinarily prudent persons under the same or similar circumstances.”

Landlords often try to shift the blame for poor conditions onto bad tenants or poor police response. But according to criminologists, they have more power than anyone else when it comes to creating safer properties.

Strategies that can improve apartment complexes and deter or reduce crime may include:

Many property owners and landlords, however, continue to neglect their properties, all while boasting record profits.

What If You’re Injured in an Apartment Complex Due to Inadequate Security?

In the unfortunate event that you or a loved one are injured at an apartment complex due to gun violence, an assault, a break-in, or other crime, you may be left wondering what your legal options are.

Becoming injured while on an apartment complex's property usually isn’t enough to justify filing an inadequate security lawsuit. You need to prove that the property owner or security company was negligent in their duty to provide a reasonably secure place to live.

As mentioned before, property owners of apartment complexes don’t have to do much to fulfill their obligation when it comes to securing and maintaining their properties. However, if you can prove that they failed to implement reasonable safety measures and link this failure to the attack, you may be able to pursue an inadequate security claim.

Common examples of what circumstances involving inadequate security look like include:

Why Property Owners Should Be Held Accountable

Too many property owners think they can get away with doing the bare minimum or less when it comes to protecting renters. Although they are required by law to provide adequate security, they often feel such rules do not apply to them.

Proving a business or apartment complex is at fault for a gunshot wound or stabbing is difficult but not impossible. An experienced personal injury lawyer can investigate property owners and expose them for their negligence.

Attorneys can analyze internal company records to see if the landlords and property owners knew about the dangers and hazards residents faced but didn’t care to do anything about them. They can also talk to other residents and research police reports about similar crimes that happened at the apartment complex.

Our compassionate legal team believes everyone deserves a safe place to live. We aren’t intimidated by property owners or investment firms with their teams of lawyers.

If you live in an Atlanta apartment and suffered an injury on the property due to criminal activity and poor security measures, contact Gary Martin Hays & Associates. We leave no stone unturned when pursuing justice for our clients.

Don’t let the apartment owners get away with allowing crime and suffering to happen on their properties. Contact us for a free and confidential consultation about your rights regarding an inadequate/negligent security case.